The Mighty Sound of the Southeast, the University of South Carolina's Marching Band, celebrates its 100th anniversary this fall, and what a century it's been! Find out what the band has in common with Elvis Presley and how you can enjoy a virtual concert on Facebook.

100 Years of the Mighty Sound

Jennifer Jablonski: There's something about the drumline that really just drives the entire marching band. And it's something that everybody appreciates. I think whether you're [00:03:50] a music aficionado or not, you hear the drums and you just associate it with football, you associate it with the stadium, with a marching band. And that [00:04:00] is one of my favorite parts always.

Jennifer Jablonski has heard her share of drumlines. She played tenor saxophone in the University of South Carolina’s Marching Band in the early 1990s. And now, as the School of Music’s assistant dean for enrollment, she talks to plenty of students who are eager to join the 350-member Mighty Sound of the Southeast, as the band is known.

I’m Chris Horn, your host for Remembering the Days, and today we’re marching 100 years down memory lane to trace the history of the Carolina Marching Band from its humble debut a century ago. It’s a story that includes Elvis Pressley, biting chiggers and plenty of high-stepping performance. So put on your shako —  you know, the big hat that marching band members wear — and, at the count of four, get ready to go!

When the Marching Band was formed in 1920, it had fewer than 20 members and was directed by a student. Today’s Marching Band has more piccolo players than that, but, hey, we had to start somewhere.

Our marching band was like most marching bands back then, very traditional and steeped in military roots. Think of those rousing tunes written by the legendary Marine Corps Band conductor John Philip Sousa. That’s the kind of music marching bands played back then.

Here’s Cormac Cannon, the director of bands for the university’s School of Music.

Cormac Cannon: Many bands across the country have their roots in marching bands going all the way back to, you know, fifes and drums and and music being used to direct battle with in the military. Then it evolved to becoming used for ceremonial purposes. And then the bands started to do more concert things like we saw with Sousa and his band traveling around the country. But then the marching bands at the universities were still strongly tied to that military tradition, playing marches and and marching. And what we would think of, as you know, military formations, straight lines and counter marching and crisp turns and things like that.

The Marching Band grew a little bigger during the 1930s and ‘40s. During World War II, the marching band admitted its first female members but, initially, only as majorettes. By the 1950s, the band was doing bigger pre-game and halftime shows at football games, and that’s the decade that college marching bands started to enter the big time.

Cannon: As the bands developed later on in the 60s and 70s bands really became more of show bands performing popular music that was adapted for the band, doing movements on the field that broke from this military kind of tradition where they would make different shapes and pictures on the field, have effects like flash cubes and smoke from fire extinguishers. So it really became much more of a kind of a dramatic presentation, which, again, appealed  to a wider audience than than just the military marches and things like that.

In the 1960s and ‘70s, the band’s director James Pritchard added the Coquettes, the marching band dance team. He also worked with then-head football coach Paul Dietzel to craft what would become the university’s new fight song, “The Fighting Gamecocks Lead the Way.” Check out our episode called “Why We are Gameocks” if you want to learn more about that.

James Copenhaver took over as director in 1976 and it was during his long tenure that the band began playing what would become its signature pre-game feature — the dramatic theme from “2001, a Space Odyssey.”  If you’ve ever been to a Carolina football game or watched one on TV, you know that music is the perfect set up for the team running out on the field.

Turns out that the theme from “2001” was also the perfect set up for Elvis Presley to come out on stage. The King of Rock and Roll started opening his concerts with it in 1971, and a former USC football star — now Gamecock radio commentator — named Tommy Suggs went to a couple of Elvis concerts and thought, ‘Man, this would make a great opening for a Carolina football game.’ Suggs got in touch with the right people, and in 1981, the Marching Band played “2001” for the first time at a game. The debut was not a resounding success because the crowd noise nearly drowned it out. A couple of years later, though, with a new stadium sound system in place, everyone heard the music and loved it. The band has been playing it ever since. I’m sure Elvis would be proud.

Cannon: We play it in the stands during the game and it's a difficult piece to play, which might surprise people, not because it has some — it doesn't have a lot of fast notes or anything like that, but it takes a lot of air support and stamina to play those long sustained chords, especially when you want to play them with the impact and the volume and the quality of sound that you want. And I as the director of bands, I get the privilege of conducting 2001 at our pep rally before the game, which is a great and exciting thing to get to do, because it's always at the end of the pep rally and people know it's coming and the students get really excited about it.

In 1991, the University joined the Southeastern Conference and found itself in the spotlight of big-time athletics and marching band showmanship. Brian Murrell, an alumnus who was also the band’s information director at the time, suggested the Marching Band needed its own nickname like other SEC schools. Think of The Golden Band from Tigerland at LSU, Alabama’s Million Dollar Band and Tennessee’s The Pride of the Southland. Brian came up with the Mighty Sound of the Southeast — and it stuck. Pretty cool nickname.

So, I love listening to marching bands. When I was a little kid, I was oblivious to the fact that I had no rhythm and I would imagine that I was one of those super-cool drummers strutting down Main Street in the Christmas parade. But what’s it really like to be in the marching band? Jennifer Jablonski remembers her favorite moments.

Jablonski: The opening at pregame, because the crowd is completely revved up, of course, at that point. There's always the possibility we may win and everyone's excited and we're standing on the sideline and preparing to march out  and the drum majors do a little whistle tweet, kick everything off, and the band responds, Go Cocks. And then a drum cadence starts. And as soon as that drum  cadence started, we would step off and go to our respective spots on the field for pregame. And that part to me was my very favorite part because the crowd was on 100 percent into it and roaring during that time.

OK, that was her pinnacle moment of playing in the marching band. Jennifer also remembers the long hours of practice time and the year that the practice field became infested with chiggers.

Jablonski: It was a rampant; the whole band was covered in chigger bites and it was to the point where we would bring clear fingernail polish to practice and pass it around, because allegedly and again, I don't know if this really works, but allegedly, if you cover the bites with that, then it stops them from itching so much. I mean, it was probably a good week of itching and scratching — not a good time.

We won’t go into what it’s like performing on a baking hot September afternoon in a band uniform. Or the challenges of marching backwards and sideways and staying in formation while hitting every note just right. Such is the life of a marching band member. From the outside looking in, it seems like a pretty good life. And for the past 100 years, the university’s Marching Band has been sharing it with us.

You can catch a virtual tribute to the Mighty Sound of the Southeast on Facebook. Just tune into facebook.com/uofsc at 5:30 on Friday afternoon, September 25 or really anytime after the concert concludes. It will be up there to enjoy for a long time.

You can also learn more about the 100-year history of the marching band by visiting 100.carolinaband.org.

This episode of Remembering the Days is sponsored by the UofSC Alumni Association, the home for all Gamecocks that connects students and alumni to advance their careers, their passions and their university. Learn more at uofscalumni.org.

For the University of South Carolina, I’m Chris Horn. See you next time and forever to thee! 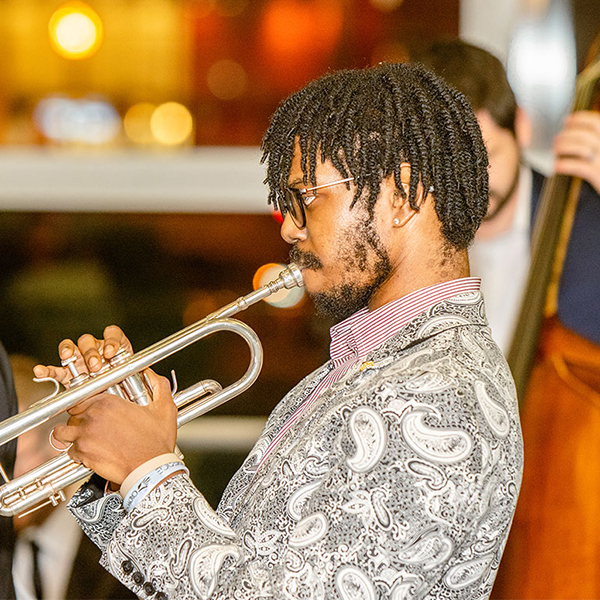 We prepare musicians for professional careers in music teaching, performance, composition, research and entrepreneurship. Our well-rounded curriculum provides the perfect balance of high musical standards and a nurturing environment dedicated to your success.