From patient to practitioner: physical therapy graduate completes degree to serve others

Jacob Turner’s path to becoming a physical therapist has been a personal one. Diagnosed at an early age with mild spastic diplegia, the Starr, South Carolina spent more than a decade of his life in the care of physical therapists.

“I owe a ton to Deann Wright and The Care Center, as I would not be where I am today without them,” says Turner, who returned to physical therapy in 2014-2015 for a torn labrum in his left hip. “I haven’t been a patient for seven years now, and I would like to keep that streak going and remain on the clinician side of the equation.”

Find the area of public health that you are passionate about and that really drives you and propels you to want to help improve the lives of those around you and elsewhere.

As an athletic training and biology major at Erskine College, physical therapy was definitely on Turner’s short list of potential career options. After his 2017 graduation, he moved to Lexington to serve as the athletic trainer for Northside Christian Academy.

Meanwhile, his family members were still encouraging him to pursue a career in physical therapy. Having experienced the benefits of PT themselves, Turner’s great uncle (who had experienced a stroke in 2016) and his Nene (who praised the benefits of her own PT experiences) influenced his decision to enroll in Doctor of Physical Therapy (DPT) school.

Already based in the Midlands area at the time, Turner’s acceptance into the Department of Exercise Science’s DPT program felt like sign that he was where he was meant to be. An offer to lead Northside Christian’s Cross Country (2018-2021) and Track and Field (2021-2022; founding coach) teams as head coach sealed the deal.

“From her commitment to showing students she cares and her passion for helping patients diagnosed with cancer and her interest in the Paralympics, Dr. Harrington has influenced me to be compassionate about those causes, and she serves as a reminder to always be kind towards others,” Turner says. “Dr. Arnot always has such a warm, welcoming presence and has shown me how manual therapy and sports can be utilized in conjunction with one another – and for the right patients and populations – to improve someone’s functional abilities.”

After graduating in August, Turner plans to pursue additional clinical experience – preferably in a pediatric setting – before ultimately opening his own clinic to serve this population. He is interested in supporting athletes while getting involved in the surrounding community and providing resources through a Christian worldview and partnering with charitable organizations. He would also like to advance the personal running coaching venture he launched in May, Go the Distance, with the goal of helping individuals achieve their goals while giving back.

“Be willing to work hard and take academics seriously as these programs are highly competitive,” Turner advises prospective students. “But more than that, find the area of public health that you are passionate about and that really drives you and propels you to want to help improve the lives of those around you and elsewhere.” 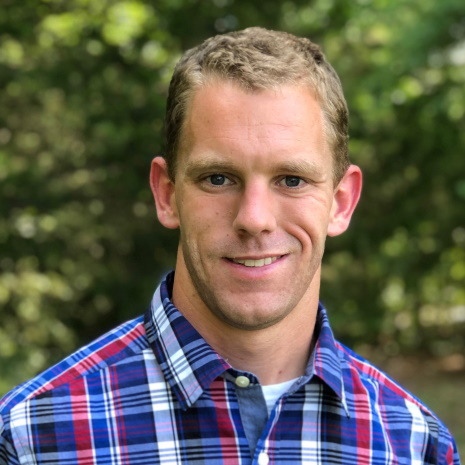 Jacob Turner graduates in August with a Doctor of Physical Therapy from the Department of Exercise Science.