Christine Pellegrini, an assistant professor in the Department of Exercise Science and with the South Carolina SmartState Technology Center to Promote Healthy Lifestyles (TecHealth), has been awarded a $600K R21 grant from the National Institute of Arthritis and Musculoskeletal and Skin Diseases to reduce the amount of time that total knee replacement patients spend engaged in sedentary behaviors. With this three-year project, Pellegrini will work with her Technology and Behavioral Intervention Lab team  and Prisma Health to implement an innovative mHealth intervention. Exercise science professor and Prevention Research Center director Sara Wilcox and preventive medicine associate professor Jungwha Lee (Northwestern University) will serve as co-investigators.

This clinical trial builds on Pellegrini’s NEAT! (Non-Exercise Activity Thermogenesis) Study, which used the NEAT! App to successfully interrupt prolonged bouts of sitting while decreasing sedentary time and increasing light activity among adults with Type 2 diabetes. Known as the NEAT!2 Study, the new R21-funded project will leverage the NEAT! app to improve the health, mobility and quality of life of individuals who have had total knee replacement.

“Total knee replacement results in significant improvements in physical function and pain among the majority of patients, yet these improvements do not translate to increases in physical activity,” says Pellegrini, who notes that most patients fail to increase physical activity above pre-operative levels after surgery and 90 percent remain below federal physical recommendations two years post-surgery. “Previous physical activity interventions for this group have shown success, but the increases in activity were modest compared to changes in the general population.”

More than 675,000 adults undergo total knee replacements in the United States each year, incurring more than $13 billion annually in healthcare costs. Pellegrini and her team have found that these individuals face barriers to activity (e.g., continued pain, physical limitations, lack of motivation), resulting in more than 60 percent of the day spent engaged in sedentary behaviors.

“Sustained high levels of sedentary behavior after a total knee replacement may lead to long-term impaired function, physical frailty and disability, and this undermines the purpose of having the surgery in the first place,” Pellegrini says. “With this project, we’re using this intervention as a teachable moment and first-step approach for total knee replacement patients, and we’re using the mHealth remote-delivery to make the intervention as feasible as possible.”

Nearly 100 total knee replacement patients will be randomized into NEAT!2 and control groups, receiving the NEAT!2 app and a control app, respectively, beginning at four weeks after surgery and continuing for eight weeks. The intervention includes the use of the NEAT!2 app accompanied by biweekly coaching calls to set sedentary behavior goals and trouble shoot barriers. The control group will use the MyKneeGuide app to monitor recovery and receive biweekly calls to assess progress. All participants will receive monthly maintenance calls between months three and six, and data will be collected prior to surgery, three months post-surgery (i.e., at the end of the intervention) and six months after surgery (i.e., to determine maintenance).

“This study will help us determine if an mHealth sedentary reduction intervention is an effective approach to decrease sedentary time in patients after total knee replacement,” Pellegrini says. “The results of this study will build on our previous and current work to improve health behaviors after this type of surgery and help us identify potentially effective and scalable strategies to help these patients become more physically active following surgery and ultimately lead to improved long-term functional outcomes.” 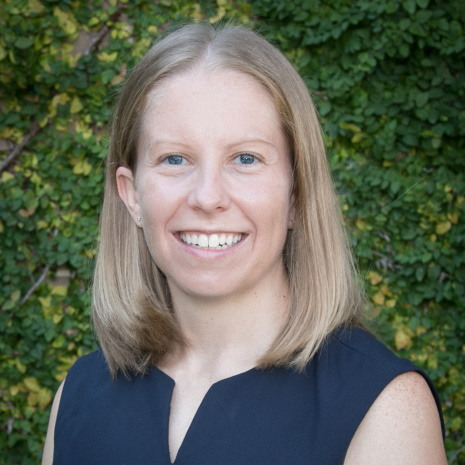 Christine Pellegrini is an assistant professor with the Department of Exercise Science and the South Carolina SmartState Technology Center to Promote Healthy Lifestyles. She is also the director of the Technology and Behavioral Intervention Lab.