The Arnold School of Public Health welcomed Melissa Nolan in April, who has joined the epidemiology and biostatistics department as an assistant professor. Nolan is based at the Arnold School’s growing satellite campus in Greenville, where she will work alongside USC School of Medicine and Greenville Health System clinicians to improve health in the upstate and throughout South Carolina. Her research is focused on infectious diseases and health disparities.

“I am specifically interested in how we can stop transmission of diseases that disproportionately affect the poor—both in the United States and globally,” she says.

Originally from a small town in northern Georgia, Nolan studied biological sciences during her undergraduate program at the University of Georgia. In the summer after her junior year, she traveled to Nicaragua to complete an internship with a clinical program that would change her life. She met a physician who encouraged her to consider a career in public health.

I am specifically interested in how we can stop transmission of diseases that disproportionately affect the poor—both in the United States and globally.

At the University of Texas, Nolan immersed herself in the School’s master of public health program—developing a particular interest in epidemiology, especially infectious diseases. During this time, she traveled abroad once again—this time to the Philippines to work on a rabies elimination project for the World Health Organization. With funding as a HIGHER International Fellow, Nolan used her combined biological science and public health backgrounds to help stop the spread of rabies among animals and from animals to humans.

After her 2010 graduation, Nolan spent a year as a scientist at her alma mater’s Center for Infectious Disease, where she realized how much she loved research. From there, she enrolled at the Baylor College of Medicine to earn a Ph.D. in clinical investigation. She remained with the College for another three years as an instructor and researcher following her 2015 graduation.

Meanwhile, her infectious diseases research—both in the United States and abroad—has continued. From 2014-2017, Nolan returned her focus to Nicaragua while studying unexplained kidney disease among sugar cane workers alongside colleagues at Baylor College of Medicine. Her doctoral research focused on locally transmitted Chagas disease in the United States, which has led to new ongoing studies on Chagas disease transmission and health outcomes in El Salvador and Mexico.

“I’ve always been interested in the clinical aspects of public health,” says Nolan. “I like being at that translational divide between MDs and Ph.D.s, doing applied public health research that allows us to help patients in clinical settings.”

In May, Nolan began a project examining a gastrointestinal parasite causing infections among children in El Salvador. With support from the Thrasher Research Fund, she and her research team, which already includes two graduate students, a clinical fellow and a research associate, are examining how having multiple infections impact health outcomes.

I like being at that translational divide between MDs and Ph.D.s, doing applied public health research that allows us to help patients in clinical settings.

Nolan is looking forward to mentoring students and teaching courses in her new role. She is particularly excited to join the Arnold School’s satellite campus, where she can be a part of developing a growing, dynamic academic health center and provide support to clinicians through their joint research collaborations. She’s also excited to be back in the Southeast.

“I’m very passionate about preventing disease and having the highest quality care available for the people in my community,” says Nolan, who is a first-generation college graduate. “I love the culture in the South where I grew up, and it’s rewarding to  carry out research that can directly contribute to improving the health of my neighbors.”

“The arrival of Dr. Nolan enriches the Columbia and Greenville campuses on many levels,” says Anthony Alberg, chair of the epidemiology and biostatistics department.  “Dr. Nolan’s independent research program is critically important as we are amidst an era of climate change that places increased emphasis on emerging infectious and parasitic diseases and on global health. Further, her expertise in clinical translational research and commitment to collaborative team science makes her ideally suited to deepen our partnership with the Greenville campus by further enhancing the quality of the clinical research carried out there.” 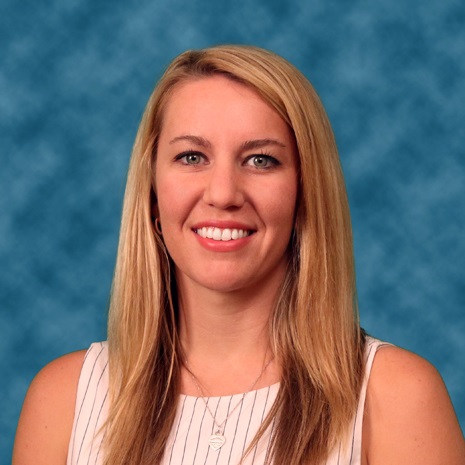 Melissa Nolan is an assistant professor in the department of epidemiology and biostatistics and is located at the Arnold School of Public Health's satellite campus in Greenville.