Undergraduate composition studies begin with an introductory composition class that centers on the performance of specific writing projects and the development of individual work. Upper-level undergraduate and graduate studies focus on one-to-one private instruction.

Composers in all three degree programs work in an environment dedicated to compositional and musical excellence, broad academic inquiry and the building of strong professional skills. Students also benefit from the rich musical resources at USC, including two advanced computer music studios and our extensive music library collection. Students are encouraged to take advantage of the diverse resources throughout USC and to collaborate with artists in other fields.

The Southern Exposure New Music Series, founded by John Fitz Rogers in 2001 and now under the direction of Michael Harley, regularly performs a wide variety of new music. Alarm Will Sound, the Kronos and JACK string quartets, International Contemporary Ensemble, Imani Winds, So Percussion, and acclaimed pipa virtuoso Wu Man have all participated in what has become one of the hallmarks of our program. In addition, composition students frequently have the opportunity to have their original works read and professionally recorded by visiting ensembles.

Under the direction of Reginald Bain, the USC Computer Music Concert is a showcase for USC students and faculty. Produced by the Experimental Music Studio (xMUSE), it features the creative products of active undergraduate research programs in digital synthesis, real-time interactive composition/performance and musical sonification.

At the end of each term, student composers present their work at the New Voices concert, open to the public. This student-produced concert series is designed to stimulate compositional activity and educate composers in practical matters of concert production, publicity, and artistic collaboration.

Reginald Bain has composed a wide variety of instrumental and vocal music that has been performed by leading artists across the U.S. and Europe. He has written extensively for the theater and is an accomplished electro-acoustic composer whose works employ unique tuning systems, algorithmic approaches, and musical sonification techniques.

Distinguished emeritus Samuel Douglas is the composer of works for various musical media including orchestra, band, chorus, and chamber music. He has written music for movies, theatrical productions, and three operas. His chamber music has been written for a wide variety of vocal and instrumental forces including electronic sound. He is the recipient of ASCAP Awards in composition for 1990 and 1991.

Fang Man’s music has been performed worldwide by notable orchestras and ensembles. She is the recipient of a Guggenheim Fellowship, Koussevitzky Foundation Commission, Opera America Discovery Grant, the 47th UWRF Commissioned Composer, the National Endowment for the Arts Award, among others.

David Garner writes chamber, orchestral, electroacoustic and vocal works, often drawing on other music as a point of departure, from Beethoven to bluegrass. A frequent source of inspiration is the music of the American South. He is especially interested in aspects of performance surrounding the tunes themselves including style, technique, tuning, timbre, instrumentation and improvisation.

Distinguished emeritus Dick Goodwin works in virtually every idiom from jingle to opera, jazz band to orchestra, have been performed across the U.S. and abroad. He has had a long association with the South Carolina Philharmonic composing, arranging, occasionally conducting and playing double bass and trumpet and continues to lead the Dick Goodwin Big Band and the Dick Goodwin Quintet.

Tayloe Harding, dean of the School of Music, is a passionate advocate for advancing the impact of higher education music study and experience on American communities and national society. He is a frequent presenter on issues facing the future of university music units and their leadership, and he remains active as a composer earning commissions, performances and recordings for his works around the world.

Composer John Fitz Rogers' music has been performed around the world in leading venues and by ensembles and festivals like Carnegie Hall, Bang on a Can Marathon, Pittsburgh New Music Ensemble and the Los Angeles County Museum of Art, among others. He has received many commissions, fellowships and awards, including those from ASCAP, the American Composers Forum and numerous others. 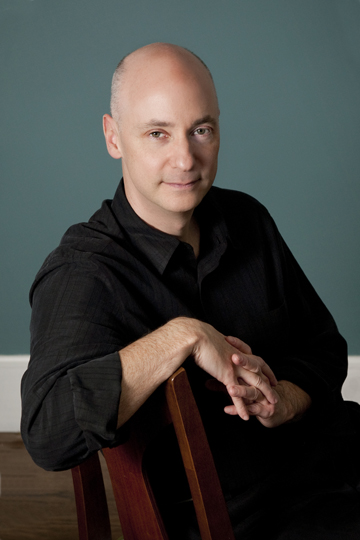 In his own words

Each spring the composition faculty awards the John and Lucrecia Herr Award for Composition, given to an undergraduate or graduate composer for outstanding achievement in writing original music or distinguished service to the composition program. Previous recipients are listed here.