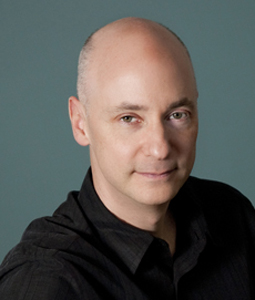 Recent premieres include Double Concerto for two pianos and orchestra, commissioned by the South Carolina Philharmonic with funds provided by the National Endowment for the Arts, and Magna Mysteria for soprano, chorus, and chamber orchestra, with soprano soloist Martha Guth. In 2009, Rogers's alto saxophone concerto The Rivers was featured at the World Saxophone Congress in Thailand. The work was jointly commissioned by a consortium of seven universities. In March 2013, Narragansett received its world premiere at the College Band Directors National Association national conference, performed by the University of South Carolina Wind Ensemble, Rebecca Phillips, conductor. And Rogers's string quartet, Book of Concord, will receive its premiere in July 2013 at the Chamber Music Conference and Composers Forum of the East in Bennington, VT. The work was commissioned by the conference through the Jacob Glick Fund.

Rogers has received many commissions, fellowships, and awards, including those from ASCAP, the American Composers Forum and the Jerome Foundation, American Music Center, Music at the Anthology and the Mary Flagler Cary Trust, National Flute Association, MacDowell Colony, South Carolina Arts Commission, and the Massachusetts Cultural Council, as well as the Heckscher Foundation Composition Prize for his orchestral work Symphony of Cities. His recordings include Once Removed, a collection of Rogers's chamber music on Innova Recordings, as well as an upcoming recording of Magna Mysteria to be released on Innova in 2015. Previous recordings include those on Concert Artist Guild Records, Equilibrium, Albany, White Pine, Alanna, Mark Masters, and Gale Recordings.

A dedicated advocate for contemporary music, Rogers founded the Southern Exposure New Music Series, which received the 2007 Chamber Music America / ASCAP Award for Adventurous Programming. Since its inception in 2001, Southern Exposure has become one of the most dynamic and innovative concert series in the southeast, regularly hosting enthusiastic standing room audiences for performances by local and regional artists as well as internationally recognized artists such as Alarm Will Sound, So Percussion, International Contemporary Ensemble (ICE), and the Los Angeles Piano Quartet.

Rogers holds degrees in music from Cornell University, the Yale School of Music, and Oberlin College, where he studied composition, piano, and conducting; his composition teachers included Steven Stucky, Roberto Sierra, Martin Bresnick, and Jacob Druckman. He has served on the faculties of Cornell University and the Longy School of Music, as composer-in-residence for the Chamber Music Conference and Composers Forum of the East, Conductor's Institute of South Carolina, and the Southeastern Piano Festival, and as visiting faculty for the Composition Intensive Program at the Yellow Barn Chamber Music Festival. Rogers is currently an Associate Professor of Composition at the University of South Carolina School of Music and visiting faculty at the Vermont College of Fine Arts. His work is published by Base Two Music Publishing.