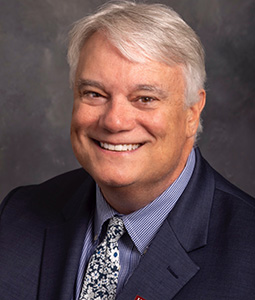 Tayloe Harding is a composer and music administrator and serves as the Dean of the School of Music at the University of South Carolina.  He also holds the Ira McKissick Koger Professor of the Arts and recently served as Interim Provost (2019-20) of the University after acting in interim deanship roles with the university’s #1 nationally-ranked South Carolina Honors College (2010-11) and its College of Social Work (2016-7). A passionate advocate for advancing the impact of higher education music study and experience on American communities and national society, Tayloe Harding is devoted to an array of organizations whose missions are consistent with this advocacy. As President of the College Music Society (CMS) from 2005-2006, he led the creation of the Engagement and Outreach Initiative where the efforts of the music professoriate are articulated with a variety of national constituencies, including other higher education disciplines and populations, music businesses and industries, and general audiences in an effort to meet common musical and civic goals.  He also served as president of that Society’s foundation, The CMS Fund (2009-16), where he led the Fund’s first-ever capital campaign to a successful 2011 completion and served as president of the national music honorary society, Pi Kappa Lambda (PKL) during its 100th anniversary season (2018).  From 2015-2020 he was national Secretary of the National Association for Schools of Music (NASM) the accreditation, national policy and research, and professional development association for collegiate music schools, and in 2021 was elected Vice-President (2022-4)/President-elect (2025-7) of that organization.

As Dean at South Carolina he has envisioned and brought a bold idea to fruition beginning in 2007: to prepare tomorrow’s professional musicians more fully by combining conventional professional music study with a systematic curricular and co-curricular exploration of music advocacy, music entrepreneurship, and community engagement by forming SPARK: Carolina’s Leadership Laboratory (formerly the Carolina Institute for Leadership and Engagement in Music). His 2014 TedX talk Music and Hope: Towards a More Musical America, constitutes a public expression of his interests and work at Carolina and beyond. His work with SPARK has also resulted in the UofSC School of Music hosting and producing two international-renowned summits on the Design of the 21st Century Music School, as well as the hirings of the nation’s first tenured professor of Music Entrepreneurship and the first Professor-of-Practice in Music Leadership and Advocacy, and the launch of a nationally distinctive and inspiring strategic plan entitled Vision2025 where the UofSC School of Music articulates the aspiration to be the nation’s model public music school.

Music makes us happier, healthier, feel safer, more hopeful and more fulfilled. There are not many things in life activities in which we engage that do all five of these things.

Tayloe Harding’s interest in the power of music and the arts to transform communities to value the virtues of diversity, equity, and inclusivity and to advance individual’s lives by positively contributing to their health, happiness, safety, fulfillment and hopefulness has been evident in his work with both local and SC state arts education and advocacy organizations as well as national entities. In addition to keynote speeches on this subject at each of the international summits he has produced at Carolina and dozens of others throughout the North American regions of the College Music Society, PKL member institutions, and as private consultant/speaker, he has been a visiting re-accreditation evaluator for the NASM since the 1990s, observing the music functions of over 50 US colleges and universities. He has participated in and led efforts locally and statewide as diverse as invited membership on the SC Arts in Basic Curriculum (ABC) Steering Committee (2006-2018); consultant for the City of Columbia’s One Columbia initiative/office and the Amplify Columbia cultural plan for the city; service on the board and arts granting panels of the Richland/Lexington County Cultural Council (2008-2014); and in his regular engagement with the SC Arts Alliance for Arts Advocacy Week (2007-2015).  He teaches a unique course for young musicians, Introduction to Music and Arts Advocacy: Understanding the Power of Your Music  to approximately 90 freshman arts majors at UofSC each year—annual outcomes of this course has been table tents and broader participation at the Arts Advocacy Week luncheon for SC state legislators each February, and the preparations of hundreds of young musicians more fully capable to make a case for the vitality and necessity of music and the arts to all constituencies.  These state-wide engagements, as well as his national contributions as music education executive, as well as his work as Dean at South Carolina earned him recognition by the South Carolina Arts Commission as the winner of 2021 Governors’ Award in Arts Education, the state’s highest honor for an arts educator.

As a composer, he has been honored by Phi Beta Kappa (1981), Pi Kappa Lambda (2010), the Diehn Composers’ Room at Old Dominion University (2000), and as a composer-in-residence with the Valdosta Symphony Orchestra (2005-7) and at over 20 US colleges and universities.  He remains active earning commissions, performances and recordings for his works around the world.