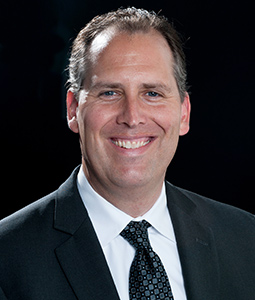 A native of California, Mark S. Nagel became a faculty member in the Department of Sport and Entertainment Management at the University of South Carolina in 2006. Prior to joining the department, Nagel was the director of the graduate sport management program at Georgia State University. At Georgia State, he was responsible for all aspects of the sport management program including recruiting and advising students, developing and scheduling courses, identifying and supervising adjunct faculty, and maintaining alumni and sport business relationships.

Nagel has also previously worked as a sport management professor at the University of West Georgia and San Jose State University. He currently serves as an adjunct faculty member at the IE Business School in Madrid, the University of San Francisco and St. Mary's College of California. Before pursuing a career in academe, Nagel worked in different areas of sport management—primarily in athletic coaching and administration as well as campus recreation. During his years as an assistant coach of the women's basketball team at the University of San Francisco, he helped lead the team to three NCAA Tournament appearances and a spot in the 1996 Sweet 16.

Nagel has co-authored nine textbooks including Developing Successful Sport Marketing Plans and Developing Successful Sport Sponsorship Plans as well as multiple editions of Introduction to Sport Management: Theory and Practice; Financial Management in the Sport Industry; and Sport Facility Management: Organizing Events and Mitigating Risks. He has also authored or co-authored numerous articles in refereed journals such as the Journal of Sport Management, Sport Marketing Quarterly, Entertainment and Sport Law Journal, International Journal of Sport Finance, and Sport Management Review. In addition, he has published extensively in professional journals as well as written numerous academic book chapters and given dozens of research presentations.

Nagel has served as treasurer for the North American Society for Sport Management and the Sport and Recreation Law Association. He has also served as the associate director of the College Sport Research Institute since its creation in 2006.

Nagel, M. S.,& Howard, M. L. (2012). “From the playing field to the courtroom: The past, present, and future role of the government in intercollegiate athletics' suspensions.” Journal of Kinesiology and Wellness.