When Ernest Boger arrived at the University of South Carolina in 1984 to become the first Black professor in what is now known as the College of Hospitality, Retail and Sport Management, he was breaking barriers. By then, however, it was nothing he had not done before.

In 1961, at the height of the fight against Jim Crow laws and segregation, Boger became the first Black student in the history of the University of South Florida. As valedictorian of his high school class with a nearly perfect score (492/495) on his entrance exam, he was more than qualified. But that did not mean the road would be easy.

In 1963, Boger and fellow members of the USF band went to a Tampa restaurant together for lunch. Aside from Boger, all the students were white. The manager refused to serve Boger because of the color of his skin. The racist incident turned into a positive, however. White students stepped up to defend Boger, picketing the restaurant for days. The peaceful protesters refused to fight back, even when attacked by supporters of the restaurant’s stance, and demonstrated that change was coming.

“Tampa has been a melting pot for a long time, and that spirit flowed over into the campus,” Boger said in an interview for USF years later.

Boger went on to serve as a military officer during Vietnam. He then earned an MBA from the University of North Texas and a doctorate in management from the Canadian School of Management-Revans University and International Management Centres Association of Buckingham, England.

Arriving at South Carolina as an assistant professor, Boger says he felt welcomed by his fellow faculty members. The university was at that time a leader in President Ronald Reagan's "Caribbean Basin Initiative Policy." Boger focused on international hospitality and tourism programs and partnerships, leading the establishment of a joint training facility for the University of the West Indies and the Bahamas Hotel Training College. He also arranged the creation of internships in the Dominican Republic for South Carolina students and served as faculty advisor to the student chapter of the Club Managers Association of America.

“Without question, my favorite memory was of Dean Harry Varney's ‘Grievance Sessions’ at the end of each month,” Boger says.  “These were actually non-alcoholic (I think) informal, mix and mingle cocktail parties with heavy hors d'oeuvres.”

His four years in Columbia proved to be the foundation of a decades-long career in academia which earned him a place among the most respected names in his field.

Boger went on to become head of the Department of Hospitality Management at Bethune-Cookman College. He then moved to a role as tenured professor and hospitality and tourism management department chair at the University of Maryland Eastern Shore, retiring from that position in 2020.

With nearly 40 years of service in higher education, Boger has been widely published and received numerous awards, including the American Hotel and Lodging Association’s Lamp of Knowledge for dedication to hospitality education excellence.

With the COVID-19 pandemic hitting hard, Boger says those working toward careers in the hospitality and tourism industries should stay the course.

“As long as people need to eat and sleep while traveling away from home, our industry is secure and also your long-term future and career. So, hang in there,” he says, but adds advice for current students and young professionals.

“Make yourself an expert in how to manage the pivot currently required in your segment of the industry,” he says. “Add something new to your resume during this time of heightened online, quarantine or hybrid education. You need to show potential employers how you turned a lemon into lemon meringue pie during the pandemic.” 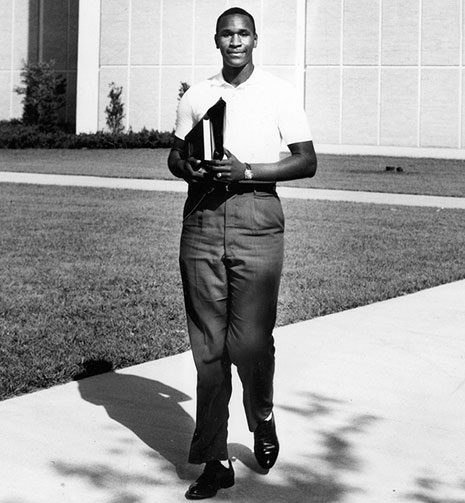 A STORY OF FIRSTS