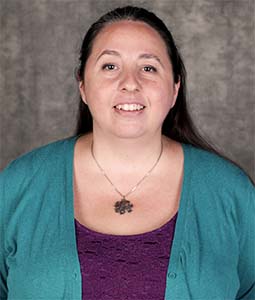 Prior to joining the CIC, Boyd was the undergraduate coordinator at the UofSC School of Visual Art and Design.  She advised students in the media arts, art studio, art education, art history, and film & media studies programs.  She also taught video production and screenwriting courses.

Boyd's own ​documentary films have screened at the Indie Grits Film Festival, the Reel Black Pix Film Festival, and the Leander McCormick Observatory Public Nights.  Her feature film script, "In Spite of It All," placed in the top 5% in the 2015 Academy of Motion Picture Arts and Sciences Nicholl Fellowship competition, and was the only script from South Carolina to progress that far in the competition that year.  It was described by a Nicholl reader as "a thoroughly enjoyable, charming love story just brimming with Irish wit and sass."

Boyd won the Ada B. Thomas Outstanding Advisor Award in Spring 2019 and loves helping students find ways to exercise their intellectual curiosity and make the most of their time at UofSC.  She also relishes a challenge and is undaunted when life's 'plot twists' require creative thinking and changes of plans.