Rivalry Of The Ages: Carolina Vs. Clemson

Want to learn all about the history of the Carolina and Clemson rivalry? We've got you covered!

The Saturday of Thanksgiving weekend is easily the most important day of the year in the state of South Carolina. What makes it so special? The Palmetto Bowl, of course!

This yearly showdown is when the Carolina Gamecocks and Clemson Tigers meet on the gridiron to battle for the title of the best football team in the state and it’s an event you won’t want to miss! Join us for a brief history lesson on what makes this one of the most prominent rivalries in the history of college football.

Officially dubbed “The Palmetto Bowl” in 2014, this matchup boasted the title of being the longest-standing streak of play in a non-conference rivalry in the country. The two teams played one another for 111 straight seasons until the COVID-19 pandemic forced a year off from non-conference play in 2020. Carolina and Clemson fans share a passion like no other for this iconic tradition in our state!

This rivalry is steeped in tradition, and its roots can be traced all the way back to the 1800s before Clemson was even a school! Our state was in the midst of some heated bickering over whether a separate agricultural college should be established in South Carolina. This debate created a lot of political strife that continued even after Clemson was officially founded in 1889. To make a long story short, the two schools have always had bad blood between them.

The first football matchup between Carolina and Clemson happened on Thursday, November 12, 1896 (fun fact: Carolina won the first game ever!). The two teams met yearly after this until the great riot of 1902. At the 1902 game, when they beat Clemson in an upset, Carolina fans paraded around a poster of a gamecock standing on top of a tiger. It sent Clemson fans into an outrage. Both sides agreed to burn the poster to appease everyone (this is how the Tiger Burn was born!), but the chaos caused by it resulted in a suspension in rivalry play until 1909 when the 111-game streak first began.

From the birth of the football rivalry through 1959, the big game was played in Columbia yearly at the same time as the South Carolina State Fair, warranting it the name of “Big Thursday.” Starting in 1960, the teams alternated home fields each year and met to play the big game on a Saturday instead. By 1962, the game had been scheduled to be played as the last game of the season each year.

Some of the most interesting aspects of this rivalry are the great pranks and fights that have happened over the years. The crazy stories range from the NY mob distributing counterfeit tickets in 1946 to a Carolina fraternity running on the field in Clemson uniforms and performing sloppy warmups in 1961. Some of the more recent highlights include Carolina quarterback Steve Taneyhill signing his name in the Tiger Paw on the field after a win in 1992 and the grand mid-game altercation known as “The Brawl” of 2004.

The week leading up to the big game (aka “Rivalry Week”) is host to two major pep rally traditions in the state. In the Upstate, Clemson students are invited yearly to attend Cocky’s mock funeral ceremony. At Carolina, we host a big pep rally, the Tiger Burn, where our engineering students design and build a massive tiger that stands as high as 30+ feet tall to be burnt down at night in front of the whole student body!

This year’s Palmetto Bowl matchup will be taking place on Saturday, November 2 at 7:30 p.m. EST (woohoo for night games!!!). Now that we’ve taken a stroll down memory lane, we hope you have a better understanding of what makes this day so special to all of us here in South Carolina.

We invite you to join in on the fun and cheer on our Gamecocks during the big game! 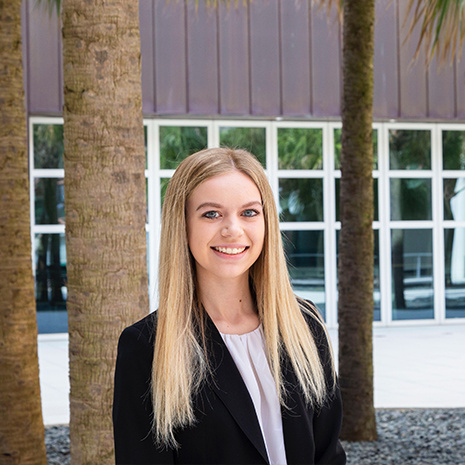 Sydney Kelly is a junior biology major with minors in Spanish and medical humanities & culture. On campus, she’s a member of the Honors College, Alpha Gamma Delta, and Alpha Epsilon Delta. Some of her favorite things about being a student at Carolina are the warm weather and the many opportunities to get involved and meet new people.