Lauren von Klinggraeff, a Ph.D. in Exercise Science student, has been awarded more than $120K from the National Heart, Lung, and Blood Institute to support her dissertation research. She will use the three-year, F31 pre-doctoral grant to advance cardiovascular disease prevention by determining the best methods for scaling up health interventions.

“Developing interventions that are effective and can be scaled up to serve larger groups is a major challenge in the field of behavioral science,” von Klinggraeff says. “Many behavioral interventions demonstrate early promise in their testing, only to fail to be effective when implemented at a larger scale. This common pattern wastes valuable resources and time.”

With her study, von Klinggraeff will analyze hundreds of early-stage (e.g., pilot, feasibility) behavioral intervention studies to better understand what makes some studies more amenable to increasing in scale while others fail. These meta-epidemiological reviews will include studies that target adult physical activity and dietary behaviors and focus on internal and external biases that may influence success.

Von Klinggraeff’s work will build on an existing NIH-funded project led by Carolina Distinguished Professor Michael Beets examining the role of pilot studies in successful large-scale interventions. The team’s goal is to inform future physical activity and diet/nutrition behavioral intervention studies that can be used to address chronic diseases.

“Non-communicable diseases such as cardiovascular disease and diabetes are among the leading causes of preventable death in the United States,” von KIinggraeff says. “Behavioral interventions addressing the prevention and treatment of such diseases by targeting physical activity and dietary behaviors are a primary source of evidence for public health recommendations.”

Originally from Aurora, Colorado, von Klinggraeff studied biology at Bethany College in Kansas and then worked as a bench scientist in the areas of microbial research and aquatic toxicology. When she decided to earn a Master of Public Health in her hometown at the Colorado School of Public Health, von Klinggraeff joined a research group that focused on children’s physical activity. She enjoyed the work and its human-centered impact.

“Earning my Ph.D. and working with Drs. Beets and Weaver and the Arnold Childhood Obesity Initiative group was the natural next step to pursuing a career in population-level research preventing chronic disease,” von Klinggraeff says. “I had some knowledge of their work and reputation from our previous collaborations, and it was a good fit for my interests and career trajectory. It doesn’t hurt that this is the top Ph.D. program for exercise science in the country.”

In addition to the scalability project, the Norman J. Arnold Doctoral Fellow has been working with Beets on a study examining the usefulness of financial incentives to reduce health disparities in childhood obesity and a third project aimed at understanding accelerated weight gain among children during the summer break from school. She also works with Weaver on his NIH-funded studies, which focus on structured summer programming for children, and with exercise science assistant professor Bridget Armstrong’s NIH-supported research aimed at understanding the connection between preschoolers’ screen time and behavioral (i.e., physical, mental) health.

Through her projects as a graduate research assistant, von Klinggraeff has overseen activities for twelve undergraduate and master’s students. Her experiences as both mentor and mentee have resulted in two key pieces of advice.

“First, take it slowly. There’s no need to rush your career, or skip out on exploring different job options, and there’s no such thing as being ‘too old’ for a graduate degree in public health. These non-direct routes to future careers give you more experiences and perspectives to draw upon,” von Klinggraeff says. “Second, your job, degree, career, work isn’t everything. It’s one part of your life, so make sure to take time to invest in the other aspects of your life. When I look back on my Ph.D. years, I want to remember the people and experiences.”

I Am Public Health: Roddrick Dugger 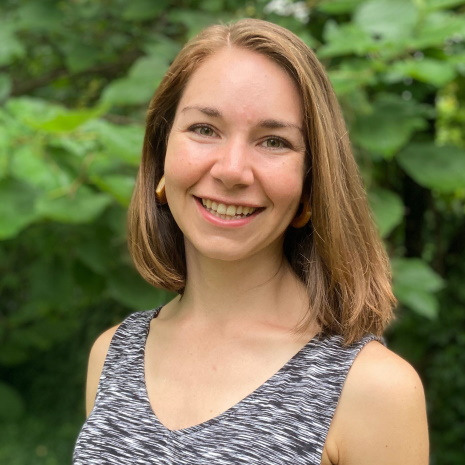 Lauren von Klinggraeff is a student in the Ph.D. in Exercise Science program.