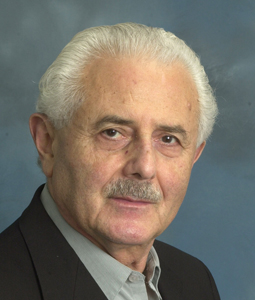 Donald Portnoy is universally recognized as one of America's dynamic and inspiring symphony orchestra conductors. He brings to music a unique awareness and appreciation for the audience and a refreshing sensitivity toward the musicians with whom he works. He has earned fame as guest conductor with the major orchestras of Pittsburgh, Baltimore, Buffalo and with other major regional orchestras throughout the United States, Argentina, Brazil, China, England, France, Germany, Poland, Russia, Taiwan, South Korea, Italy, Romania and Switzerland.

Dr. Portnoy has served as music director and conductor of the Pittsburgh Opera Theater and the Pittsburgh Civic Symphony. The China Opera and Dance Symphony in Beijing and the Harbin Orchestra appointed him principal guest conductor for the 2002-2004 seasons. In March 2004, Dr. Portnoy received Columbia University’s 2004 Ditson Conductor’s Award for his commitment to the performance of works by American composers. In June 2004, he was awarded the Greater Augusta Arts Council “Artist of the Year” Award.

Dr. Portnoy holds the Ira McKissick Koger Endowed Chair for the Fine Arts for the University of South Carolina where he is director of orchestral studies and conductor of the USC Symphony and Chamber Orchestra. He is the founder and director of the renowned Conductors Institute, whose participants come from all parts of the United States and abroad to attend annual summer sessions in Columbia and Charleston (Spoleto Festival), South Carolina, and in Argentina.

In May 20012, he traveled to China to guest conduct the orchestra in Beijing and Hangzou. As music director and conductor of the Piccolo Spoleto Festival Orchestra, he conducted the orchestra in three performances during the festival. In December and January, 2013, Dr. Portnoy will conduct orchestras in Beijing, Xeimain and Kumming, China and will also conduct masterclasses in South Korea and Taiwan.