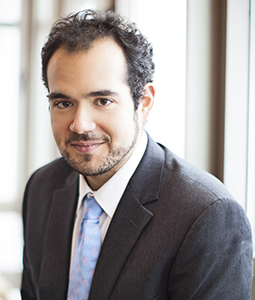 Having recently been appointed Assistant Professor of Voice at The University of South Carolina, tenor Dominic Armstrong has been celebrated for his musicality, characterization, and beauty of tone on stages both nationally and internationally.  In the 2019-20 season, Mr. Armstrong was hailed by Opera News for ‘truly a classic, memorable performance on all levels’ of Janacek’s The Diary of One Who Vanished for the Brooklyn Art Song Society, and by Parterre Box for being ‘an absolute star...able to pull from a wide expressive palette in his utterly unflappable, fluid tenor...’ in his performance as Prologue/Peter Quint in OnSite Opera’s production of Benjamin Britten’s Turn of the Screw.  He was also seen as Don José in Kentucky Opera’s production of Carmen, and debuted the role of John and understudied the role of Mr. Marks in Ricky Ian Gordon and Lynn Nottage’s new work Intimate Apparel with Lincoln Center Theatre, under the direction of Bartlett Sher.

Also an avid recitalist, Mr Armstrong has collaborated and been mentored by pianists such as Craig Rutenberg, Mikael Eliasen, Brian Zeger, Michael Brofman, Joel Harder, Milos Repicky, and Shannon McGinnis amongst many others.  He was recently featured on multiple tours with Curtis on Tour, singing the full Brahms Liebeslieder with current students, as well as for the centenary celebration of fellow Curtis alum Leonard Bernstein with such colleagues as clarinetist David Shifrin and The Dover Quartet.  He also shared the stage with soprano Susanna Phillips and pianist Roman Rabinovich at the Twickenham Festival for a concert of the complete songs of Henrí Duparc.  He is featured on a recent release of the music of Lori Laitman: Living in the Body, with pianists Warren Jones and Andrew Rosenblum.

Upcoming performances include a visiting Lyceum Series performance at Truman State University featuring fellow UofSC faculty Lynn Kompass, Ari Streisfeld, Claire Bryant, and his wife soprano Ashley Emerson; a return to the Amarillo Symphony for Mozart’s Requiem; a debut with the Bangor Symphony in Beethoven’s 9th Symphony; a performance of Schubert’s Schwanegesang with Joel Harder for Brooklyn Art Song Society; the debut of Laura Kaminsky’s Finding Wright with Dayton Opera; and returning to Lincoln Center Theatre to complete the run of Intimate Apparel.