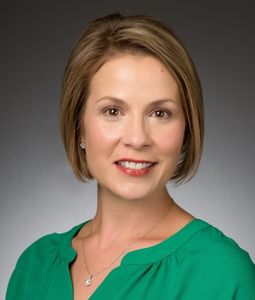 As a recitalist, Stallard has presented programs in Bulgaria, Brazil, Puerto Rico, Hawaii, New York, Indiana, Texas, Louisiana, Florida, Georgia, Tennessee and throughout South Carolina. She premiered Lori Laitman’s song cycle The Perfected Life at the 2008 College Music Society National Conference. Later that year, she premiered Songs of Time and Tide, a cycle of songs written for her by composer John Fitz Rogers. Stallard is featured in the recordings of two of Robert Bradshaw’s chamber operas, .Gabriel and Plastic: The Death of Beauty (Beauport Classical). She has appeared with Opera Omaha, Central City Opera, Opera Theatre of Lucca (Italy), Cincinnati Opera, Kentucky Opera, Augusta Opera and The Palmetto Opera.

Stallard won the Annemarie Gertz Prize in the national finals of The Artist Award Auditions of the National Association of Teachers of Singing, was district winner of the Metropolitan Opera National Council Auditions, semi-finalist of the Eleanor McCollum Competition sponsored by Houston Grand Opera, and winner of the Grace Moore Vocal Competition. Stallard was named a 2015 Palmetto Center for Women TWIN Award Honoree. Later that year, she received the Encore Award, presented to an outstanding alumnus of the Belmont University School of Music. She holds the DMA from the University of Cincinnati College-Conservatory of Music and is an alumnus of the University of Kentucky. Tina joined the faculty of the University of South Carolina School of Music in 2004, where she currently serves as Associate Dean, Director of Undergraduate Studies and Professor of Voice.