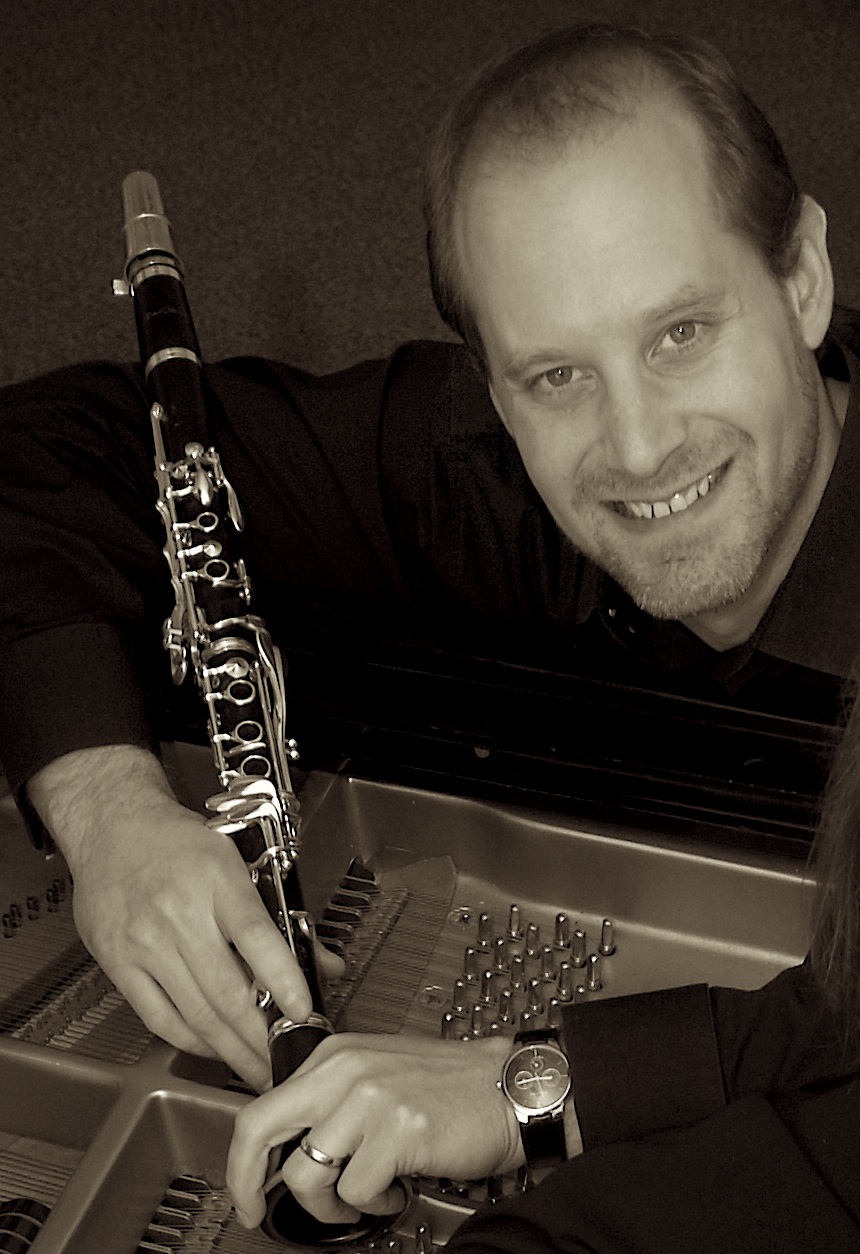 A native of Ypsilanti, Michigan, Mr. Eller received performance degrees from Eastern Michigan University and Louisiana State University and did some doctoral studies at the Peabody Institute.  Mr. Eller was co-Host and co-Artistic Director of the 2006 International Clarinet Association (ICA) convention, ClarinetFest® 2006, in Atlanta, GA and he serves as the South Carolina Chair for the ICA.  He is a member of Pi Kappa Lambda, the College Music Society and Music Teachers National Association.  He plays on Buffet R13 clarinets, D'Addario Reserve mouthpieces and D'Addario Reserve Classic reeds, and he is sponsored as a performing artist with Buffet Crampon and D'Addario Woodwinds. He loves ice hockey, baseball, college football, racquetball, snow skiing, and reading. He, his wife Christie, and their four children live in Columbia, SC and are active members of First Presbyterian Church, Columbia.

Reviews of 'Bach in Time' CD:

This magnificent recording, made in 2010, will make you gasp: you will find in it some Bach scores that have been transcribed by Joseph Eller, clarinetist, soloist in several US orchestras and teacher of clarinet at the University of South Carolina. Already in the E Sonata BWV 1023, in four movements, Eller proves himself as an expert in Bach philology. Intimate and warm in the former Allegro, he gives as un Adagio refined to the smallest detail, with appoggiaturas, acciaccaturas and mordents that are always crystal clear. And in the Allemande and in the Giga the dialogue with the organist Johnson is excellent.

The gem of this cd is the Toccata and fugue in D, BWV 565, a piece that has been played by many organists, and that you will never imagine transcribed for solo clarinet. But Eller succeeds in extrapolating its soul, proving us everything is possible. The clarinet, according to its nature, has some acoustic limits, in intonation, extension and harmonics. But Eller can play perfectly every single note, as he imagines his “tube” as an organ pipe, with a sound that is rich, creamy in the centre-high notes and beautifully fat below. Moreover, he shows off great technical ability and he avoids bad taste: ovation!

Then, the G Sonata BWV 1029, transcribed for harpsichord and clarinet, played in mutual understanding with the excellent Jerry Curry. The three movements follow one after another with easiness, with perfects tempos and phrasing.

Then we hear three Arias, from Cantatas BWV 21 and BWV 93, transcribed for soprano, continuo and clarinet. Tina Milhorn Stallard sings beautifully and, thanks to the sound of the clarinet, this transcription makes these arias full of lyricism, connecting them to the world of the Eighteenth Century opera. Particularly nice is the cantata BWV 93, that gives you a sweet felling and introduces to the first movement of the gorgeous Sonata in C BWV 1017. The musicians here are more introspective but always full of passion. My compliments, then, to soprano Tina Milhorn Stallard, the organist Jared Johnson, the cembalist Jerry Curry, the cellist Robert Jesselson and, obviously, to the “king” of this recording journey, Joseph Eller. An interpretation that goes beyond the instrument itself.

Click here for review in the journal, Pizzicato, from Luxembourg

"Bach in Time on the Clarinet"

Joseph Eller's solo CD "Bach in Time on the Clarinet" was released in 2012 on the Centaur recording label featuring his own arrangements of music by J.S. Bach performed with organ, harpsichord and continuo and soprano.

"And I Await..." is the new CD featuring the USC Wind Ensemble performing live at the 2013 CBDNA convention which includes Joe Eller performing the clarinet concerto by Frank Ticheli.