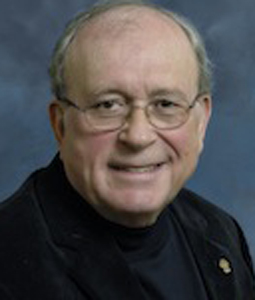 Samuel Douglas is the composer of works for various musical media including orchestra, band, chorus, and chamber music. He has written music for movies, theatrical productions, and three operas. One of these operas, Mr. Scrooge - a Christmas opera, was produced for television and distributed nationally through the Public Broadcasting System. His chamber music has been written for a wide variety of vocal and instrumental forces including electronic sound. He is the recipient of ASCAP Awards in composition for 1990 and 1991.

Dr. Douglas has been active as a performer and composer in the field of commercial music. One of his principal endeavors in this area is a long association with Bits 'N Pieces Puppet Company of Tampa, Florida. With Bits 'N Pieces he has written and produced the music for six puppet shows which have toured nationally.

As a double bassist Dr. Douglas is a member of several symphony orchestras and chamber groups. He is a member of a number of national professional music societies and is currently on the music faculty of the University of South Carolina. He holds degrees in music education and music composition from McNeese State College and Louisiana State University.