At War With Ourselves - 400 Years of You

Kronos Quartet and Michael Abels Residency
Public Preview Performance: At War With Ourselves - 400 Years of You
Presented by the Southern Exposure New Music Series

$20 | Free Admission for Children and students with ID |

Created by two of the country’s most esteemed artists, composer Michael Abels and poet Nikky Finney, and brought to life by the most legendary ensemble in contemporary classical music, the Kronos Quartet, At War With Ourselves - 400 Years of You is a major, evening-length work about the African American experience in the New World.  The dramatic piece directly engages with history and explores themes including race relations, social justice and civil rights.

Written for string quartet, narrator, and adult choir, At War With Ourselves has been in development since 2013. It will be workshopped over the course of three days and given its first preview performance at the University of South Carolina on November 7, 2021.  Related events in Kronos’s and Abels’ residency (see below) at UofSC, all open to the public, include presentations, discussions and Q&A sessions with the work’s creators and artists, master classes, poetry readings, and a film screening at the Nickelodeon Theatre.

Finney’s evocative poetry, which directly inspired Abels’ music, was written in 2019, the 400th anniversary of the African presence in America. The intimate, emotionally-charged text — in turns both bold and seductive, and always deeply personal — flits throughout history with allusions to slave ships, Harriet Tubman, black astronomer Benjamin Banneker, and Olympians Tommie Smith and John Carlos. In Finney’s words, the work is addressed to “both black and white, both enslaved and free, bystander and non-bystander.  We were then and now, At War With Ourselves. All of us, one human battlefield.”

All events are free and open to the public, unless otherwise noted.*
November 3-7

A Night to Celebrate and Thank Poetry
7:30 – 9 p.m., The Big Apple, 1000 Hampton St.
Led by Nikky Finney
A celebration of poetry by those who write it and read it!  Atendees are invited to share a poem.
Limited attendance, filled on a first-come, first-served basis; registration required.

Post-Screening Discussion with Composer Michael Abels
9:05-9:45 p.m., Nickelodeon Theatre
Talk and Q&A about Abels' music for the films Get Out and Us, hosted by Dr. Birgitta Johnson, UofSC professor of ethnomusicology / African American studies

*Purchase tickets at the Nickelodeon. You must see the film in order to attend the post-screening discussion.

Preview Performance - At War With Ourselves - 400 Years of You
3 p.m., Koger Center for the Arts

The adventurous, inimitable Kronos Quartet, based in San Francisco, was founded by violinist David Harrington in 1973.  With thousands of performances, numerous worldwide tours, pathbreaking projects and commissions, and over sixty recordings to their credit, Kronos may be the best-known and most influential contemporary chamber ensemble in the world. Kronos has commissioned more than 1,000 works and arrangements for string quartet in a broad variety of musical genres, and collaborated with many of the world’s most accomplished composers and performers. They have performed with artists including Allen Ginsberg, Astor Piazzolla, The National, Wu Man, Zakir Hussain, Amanda Palmer, k.d. lang, Tom Waits, David Bowie, Paul McCartney and Björk, and recorded with musicians such as Nelly Furtado, Faith No More, Joan Armatrading, Nine Inch Nails and the Dave Mathews Band.

Conductor Valerie Sainte-Agathe, artistic director of the San Francisco Girls Chorus since 2013, has collaborated with artists such as Deborah Voigt, Philip Glass, Aaron Jay Kernis, Gustavo Dudamel and Michael Tilson Thomas.  She has performed with the New Century Chamber Orchestra, The Knights Orchestra, Brooklyn Youth Chorus, Kronos Quartet and Tenet Ensemble. In 2018 she made her Carnegie Hall debut, conducting the Philip Glass Ensemble. During the 2018-19 season she served as artist in residence for Kronos Festival 2019. Ms. Sainte-Agathe served as music director for the Young Singers program of the Montpellier National Symphony and Opera in France from 1998-2011.

The chorus for At War With Ourselves: 400 Years of You is comprised of professional singers from throughout the Columbia region — some coming from as far away as Greenville, SC — many of them also teachers. Included are students and professors from University of South Carolina, Columbia College, Trinity Episcopal Cathedral, and Dreher High School. The choir is prepared by Jared Johnson, Canon Organist and Choirmaster, Trinity Episcopal Cathedral.

Each Southern Exposure concert is paired with a local visual artist whose works relate thematically and visually to the evening’s musical program. This concert’s featured artist is Tyrone Geter, a Columbia-based artist who formerly taught at Benedict College. Selected paintings and drawings will be on display in the Koger Center on April 3, and in the School of Music Library the weeks preceding and following the concert. Mr. Geter’s art can be seen here.

At War with Ourselves - 400 Years of You was commissioned by the Kronos Performing Arts Association, funded in part by a Hewlett Foundation 50 Arts Commission and the MAP Fund, in partnership with ASU Gammage at Arizona State University, Hancher Auditorium–The University of Iowa, Krannert Center for the Performing Arts/University of Illinois at Urbana-Champaign, SFJAZZ, Texas Performing Arts at UT Austin, and the University of South Carolina. The Kronos Quartet residency is sponsored in part by a Visiting Scholars Grant from the UofSC Office of the Provost.  The At War With Ourselves choir is made possible thanks to a generous donation from UofSC’s African American Studies Program and the College of Arts and Sciences.

Questions about the At War With Ourselves - 400 Years of You workshop and performance may be directed to Michael Harley.
More information about the University of South Carolina's Southern Exposure New Music Series is here. 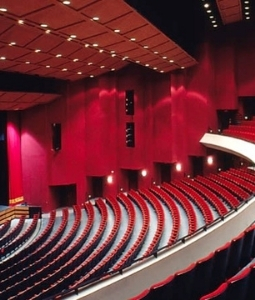 At War With Ourselves 400 Years of You

Based in Los Angeles, composer Michael Abels is best known for his critically lauded, award-winning scores for the Oscar-winning film Get Out and its follow-up Us, both directed by Jordan Peele. Upcoming works include the scoring and orchestration of a new opera by Rhiannon Giddens, to be premiered in Charleston at Spoleto USA on May 22, and Abels’ own score for the HBO film Bad Education, starring Hugh Jackman. As a concert composer, Abels has received grants from the National Endowment for the Arts and Meet The Composer; his orchestral pieces have been performed by the Chicago Symphony, Philadelphia Orchestra, and many others.

Don't miss the discussion with Michael following the screening of "US" at the Nickelodeon.
Tickets available

A South Carolina native and the daughter of a lawyer and a teacher, Nikky Finney’s writings are deeply influenced by her lifelong engagement with political activism. Her poetry is known for its graceful, heartfelt synthesis of the personal and political.  She won the National Book Award in 2011 for Head Off & Split, her fourth full-length collection of poetry.  Finney is currently the John H. Bennett, Jr. Endowed Professor of Creative Writing and Southern Letters at the University of South Carolina.