Folks joined the University of South Carolina faculty as assistant professor in 1969, was promoted to associate rank in 1972, and to full professor in 1976. His primary area of teaching and research was international finance, and he authored over 40 research papers that were published in journals such as Management Science, Financial Management, the Journal of Financial and Quantitative Analysis, the Journal of International Business Studies, Foreign Language Annals and the Columbia Journal of World Business.

Folks has served as a visiting professor at Université Catholique de Louvain (Belgium), the Helsinki School of Economics and Business Administration (Finland) and Xiamen University (China). He has taught in numerous executive education and executive MBA programs in the United States, Brazil, Finland and Abu Dhabi, and served for 19 years as a member of the faculty of the Graduate School of Banking at LSU.

In 1990, Folks was appointed Director of the Center for International Business Education and Research (CIBER) at UofSC, a national resource center supported by funding from the U. S. Department of Education. He served as the first president of the Association for International Business Education and Research (AIBER), the association of CIBER schools. He has twice served on the American Council of Education Task Force on the Reauthorization of Title VI and served on the AACSB Task Force on the National Security Education Program.

From 1994 to 1997, he served on the Council of Advisors to the National Security Education Program. He has served as the Chair of the Steering Committee of the Consortium for Undergraduate International Business Education (CUIBE). He has been a consultant on international program development for a number of business schools.

In 2009, he received the International John Otis Lifetime Achievement Award from NASBITE, a distinguished international association of global business professionals.

Folks retired from the University of South Carolina in May 2014. 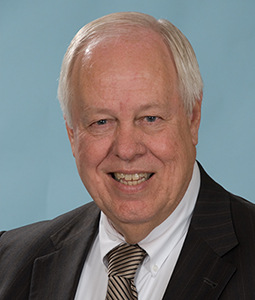