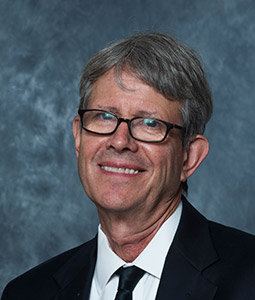 John H. McDermott is a professor in the Department of Economics at the Darla Moore School of Business at the University of South Carolina.

He has published several articles in the areas of economic growth and development and international monetary theory. His papers “Early Development” and “Industrial Development and the Convergence Question” appeared recently in the American Economic Review. His paper “Development Dynamics: Economic Integration and the Demographic Transition” was in  the Journal of Economic Growth.

He has served as chairman on numerous Ph.D. and M.A. thesis committees. He has taught for several years in the International Master of Business Administration (formerly MIBS) program, earning five Outstanding Professor awards. He has also taught International Monetary Theory and Growth Theory at the Ph.D. level and undergraduate level. In 1990, he taught for a semester at the University of Chicago Graduate School of Business. He spent six months at the Universidade do Rio Grande do Sul in Brazil on a Fulbright Award. He served on the University Budget Committee, the University Tenure and Promotion Committee, and the Faculty Senate. He was the graduate director of the Department of Economics from 1991 to 1999.