The Moore School’s Folks Center for International Business has a new executive director with more than 30 years of corporate management and nonprofit leadership experience.

Karen Brosius, who begins with the Folks Center in September, has been since February 2017 the president of Careers through Culinary Arts Program, a national nonprofit that empowers underserved youth through the culinary arts headquartered in New York City.

Before working with the Careers through Culinary Arts Program, Brosius served from 2004-2017 as the executive director of the Columbia Museum of Art in Columbia, South Carolina. She spent the previous 21 years with Altria Group in New York as a senior philanthropy, corporate affairs and communications executive. As part of her work at the company, she extensively partnered with the executive teams at Altria's international subsidiaries and brands to select and support innovative and effective civic and business partnerships.

Brosius has received many accolades in her career, including:

In addition to earning her bachelor’s degree in music from Butler University and a master’s in music history from Hunter College, City University, Brosius has earned a Certificate in Performance Measurement for Effective Management of Nonprofits from Harvard Business School and was one of 40 participants selected nationwide for a Yale University School of Management leadership program for museum directors.

Before beginning her career, Brosius was the music assistant to Nadia Boulanger, the noted French conductor and teacher in Paris and at the Ecoles d'arts américaines in Fontainebleau, France. She also studied in Avignon, France, as part of Bryn Mawr College’s Foreign Study Program. She was selected as one of 20 participants for an international Young Leaders Conference in Milan on Innovation in Business, organized by the Council for the United States and Italy.

Brosius has also served as an active board member for a wide variety of national civic, cultural and human service organizations. 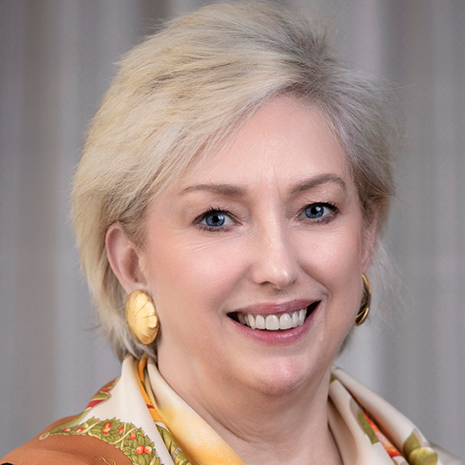 Karen Brosius takes over in September as executive director for the Folks Center for International Business in the Moore School.

Learn more about the Folks Center