It took some time for Olivia Kesler to discover where her career path lay. As a senior at Mississippi State University in 2017, Kesler had given some thought to following a career in health sciences, but nothing really captured her attention.

She graduated with a bachelor’s degree in educational psychology and considered social work and counseling as a future career, but then determined she was not completely comfortable in either of those professions. She then began doing more research on possible opportunities and came across genetic counseling.

“I stumbled onto the genetic counseling program, read more about it and it just clicked,” she says. “I had always loved genetics in school but didn’t realize you could make a career out of it. It fit my interests in both genetics and counseling.”

Kesler then began shadowing genetic counselors at the University of Mississippi Medical Center in Jackson, Mississippi, and became a genetic counseling assistant. During her time there, she met several UofSC School of Medicine Genetic Counseling program alumni, including Andrew Gunter, a class of 2014 graduate, and Holly Zimmerman, a class of 2007 graduate.

“Andrew and Holly were instrumental in getting me interested in the UofSC School of Medicine Genetic Counseling program,” Kesler says. “They both spoke very highly of their experiences in the program. I thought they were amazing counselors, and I knew I wanted to be like them.”

Kesler relishes the opportunity to be a liaison between health care providers and patients, communicating with the health team for medical management and providing information to families in a way that they can understand.

“Some of that information can be complex,” Kesler says, “so being able to counsel them on what it means significantly impacts how they adapt the information into their lives.”

Kesler has also demonstrated a deep ability to care through her photography. What started out as a little girl taking photos of her Barbie® dolls with a disposable camera eventually turned into a more serious hobby with maternity and newborn portrait sessions. She then connected with a nurse in the neonatal intensive care unit at the medical center to provide photographs for parents whose infants were being cared for in the NICU.

“It is amazing for me to look back and know that I was working with babies who had a genetic diagnosis, yet I didn’t have any idea that I would later be a genetic counselor,” she says.

Kesler now uses her experience in understanding how to work with families when taking photographs.

She also has a greater sense of empathy when working with families who may be facing a loss. When she was a freshman in college, Kesler lost her mom to a rare disease, and her father passed away from colon cancer during her first year at UofSC.

“It can be difficult to connect with a patient if you haven’t been through what they have,” she says. “I am careful not to share about myself in order to keep the focus on the patient, but that empathy plays in the background all the time. I think I can more easily anticipate their fears because I draw on shared experience.”

Janice Edwards, director of the UofSC Masters Genetic Counseling program commends Kesler for her dedication to the program, adding that she has used her photography and social media skills to elevate the program’s web presence.

“She had to leave for several weeks to manage personal affairs and then step back in, make up work in several classes at the same time she was advancing, taking on more work as a rising senior,” Edwards says. “She has managed herself through her grief very well, and has risen to the highest level, and at the same time, she continues to be an extra special representative of the program and heart and soul of the student group.”

Kesler is headed to the University of Alabama at Birmingham, to begin her career where she will join UofSC School of Medicine Genetic Counseling alumna and founding director of the program Lynn Holt.

“I am excited to continue all that I have learned from the classroom and my clinical rotations,” she says, “and I know I will continue to learn more about genetics because it changes every day.” 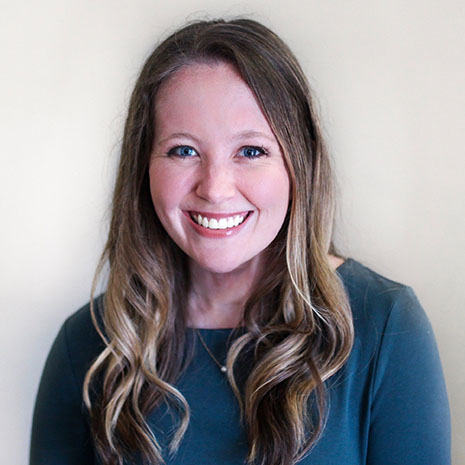 Olivia Kesler was inspired to pursue a career in genetic counseling after working with UofSC School of Medicine alums at the University of Mississippi. Now she's headed to the University of Alabama Birmingham to work under the direction of another alumna.