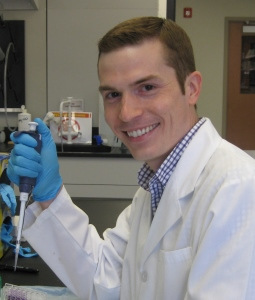 The unifying goal of research in our laboratory is to elucidate fundamental processes affiliated with neural aging and to determine their interactions with environmental, health and physiological factors that can precipitate memory loss and increase susceptibility to related neurological disorders, such as Alzheimer’s disease (AD).

How does chronic stress influence risk for memory loss and disease in aging?

Stress is an ever-present, unpredictable and, often, unavoidable feature of daily life. The hypothalamic-pituitary-adrenal (HPA) axis coordinates behavioral and cellular responses to stressful experiences via secretion of glucocorticoids. The prefrontal cortex (PFC) and hippocampus collectively express high levels of glucocorticoid receptors that impart regulatory influences upon HPA axis activity, but also render these structures susceptibl to dysregulated glucocorticoid secretion that accompanies normal aging or following chronic stress. We are investigating whether stress increases susceptibility to memory loss in aging through glucocorticoid-mediated epigenetic modifications and examining the protective effects of attenuating glucocorticoid signaling during stressful experiences across the lifespan.

Can diet build neural resilience and cognitive reserve against aging and stress?

While age-associated insulin resistance induces an overabundance of circulating glucose, the chief energy source fueling cellular respiration, glucose utilization is depressed in the aging and AD brain. However, the capacity of the brain to metabolize fat-derived ketones does not decline with age or in AD and consumption of a high fat/low carbohydrate “ketogenic” diet normalizes expression of synaptic proteins and improves cognition in aging. We are now testing the hypothesis that diet-based strategies to induce ketosis improve cognition in aging by rejuvenating synaptic mitochondria and increasing the efficiency of oxidative phosphorylation. Additionally, we are exploring whether such dietary interventions are effective in regulating glucose signaling stimulated by glucocorticoid secretion and protect against the effects of stress on brain aging and metabolic health.

Can we optimize existing pharmacotherapies for treatment of age- and stress-related impairments?

NMDA receptor (NMDAR) antagonists such as NAMENDA and esketamine are prescribed for treatment of AD and stress-related mental health disorders. However, their therapeutic mechanisms are unclear, their benefits are often temporary, and their side effects can be considerable. NMDARs are tetrameric ion channels comprised of variable subunits that determine channel properties, subcellular localization and coupling with other signaling proteins. Our lab is developing new approaches to investigate the interactions among NMDAR subunits with the goal of defining the spectrum of normal functions accomplished by various receptor configurations and to develop precision ligands that will correct NMDAR dysfunction that emerges in aging, AD and neuropsychiatric disorders.