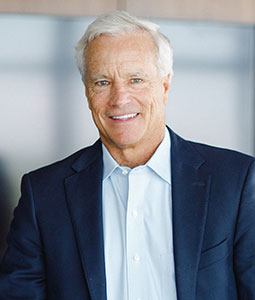 Danny Morrison earned his B.A. in mathematics from Wofford College, his M.E. in administration and supervision from the University of North Carolina at Chapel Hill and his Ph.D. in educational leadership from the University of South Carolina (2000). In addition to serving as president of the Carolina Panthers (2009-2017), Morrison served as director of athletics at Texas Christian University (2005-2009),  commissioner of the Southern Conference (2001-2005), and as senior vice president (1997-2001) and director of athletics (1985-1997) of Wofford College. Morrison also served as both a high school- and college-level mathematics instructor and sports coach earlier in his career. He is currently serving as the executive director of the Charlotte Sports Foundation.