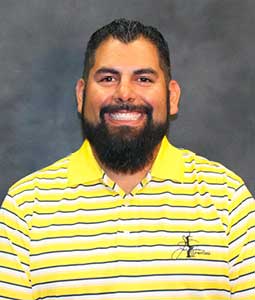 Christopher Knezevich has 15 years of restaurant and bar management experience. Prior to this, Knezevich spent five years in the banking industry, serving in a wide array of positions from teller to manager, to investigating money laundering and fraud. Passionate about higher education, he has been working as an instructor for the past three years. Knezevich began at UofSC Sumter as a recruiter and advisor for Palmetto College, then became director of continuing education where he taught University 101 and Bowling. Most recently, Knezevich accepted his dream job to teach restaurant management for the College of Hospitality, Retail and Sport Management.

Knezevich is a UofSC Sumter and UofSC Columbia alumnus, graduating with a bachelor’s of science in criminology and criminal justice in 2008. Knezevich also has a Master of Arts in Education and Educational Studies from the University of Phoenix.

An advocate of philanthropy, Knezevich is a member of the Sertoma Club, an organization which supports service to mankind. Knezevich and his wife, Camille, have four children and have been married since 2008. The family recently relocated from Sumter (where Knezevich has resided since childhood) to Irmo, South Carolina.