A Modest Proposal for South Carolina

We’d learned about Congaree Swamp while still living in a moving-box house the week we’d moved here from Massachusetts the summer I was eight. A national park in Columbia? A Yellowstone in our new backyard? How had we never heard of this place? As we drove there, the lack of signage, infrastructure, or any sign of human settlement seemed strange. Perhaps we were discovering a lesser known Yosemite? We pulled into a nearly empty parking lot and shuffled into the tiny visitor center. A sign read “Congaree Swamp Mosquito Meter: Level 6 WARZONE.” Instead of a personal Zion, we’d stumbled into a bug-infested flood in the middle of August.

Congaree National Park is the largest intact expanse of old growth bottomland hardwood forest remaining in the eastern United States, according to the National Park Service. It’s a delicate and changing ecosystem, flooding ten times a year. Visitors walk on rickety boardwalks through towering loblollies and the other-worldly villages of cedar knees surrounded by still, black water. The Thoreauvian silence of Congaree is unlike anything else I’ve experienced, and in many ways I find it preferable to the bustle of the more popular parks.

Still, on that first visit, as the South Carolina sun beat down, the mosquitos attacked like a cloud of sentient smoke, and humidity drowned our lungs, we questioned just where exactly in God’s domain we’d moved to.

Extreme heat and humidity are tyrants in South Carolina, forcing people inside and torturing any who dare step outside.

To free the people of South Carolina from this tyranny, I propose a three-part plan to fix the weather and drastically improve our state:

First, build a giant dehumidifier on the roof of the abandoned Richland Fashion Mall in Columbia, a machine both centrally located and powerful enough to turn the dampest summer day in every corner of the state into Rocky Mountain-esque crisp aridity. The lower humidity will result in fewer mosquitos and less choking on the air after a rainy day.

Second, affix a giant fan to the top of the USS Yorktown to blow away hurricanes that destroy the coast every fall.

Finally, to mitigate the oppressive heat, we’ll turn the sun down a few notches. The trick, of course, is to make sure the sun is dimmed enough to lower the temperature by ten or so degrees but not enough to cause another ice age.

The SC Department of Natural Resources Weather Year in Review 2020 is littered with phrases like “fourth wettest May” and “fifth warmest year on record.”  Trends of hotter, wetter, and more hurricane-prone seasons every year are consistent. Congaree has felt the impacts, including changing annual flood patterns, tree death, and the invasion of non-native spiders across the swamp. In an August 2016 release, “What Does Climate Change Mean for South Carolina?”, (EPA 430-F-16-042) the U.S. Environmental Protection Agency wrote that if no effort is made to reverse the current trend in sea levels rising, our beaches will erode, the Low Country will be in a permanent state of flooding, forests will disappear, agriculture will be decimated, and hurricanes will become more frequent and destructive. The EPA also noted that Congaree, along with the beaches and lowlands, will be the first to be devastated by climate change. Unchecked, climate change will completely drown the entirety of South Carolina.

Sadly, a giant dehumidifier, aircraft carrier fan, and dimming the sun are not going to solve this crisis. Probably not, at least. So how does the state plan to protect its natural treasures and prevent the coming catastrophe that surely awaits? According to a story titled “South Carolina has No Statewide Plan to Fight Climate Change” in the January 27, 2020 issue of The State, the answer is that South Carolina has no plan to fight climate change whatsoever. None at all. The only way South Carolina can not only improve, but just continue to exist, is for the South Carolina government to realize the urgency and necessity in reversing the effects of climate change and enact a plan to address it. Any plan at all, including a dehumidifier and fan, is better than no plan. This is a direct call to Governor McMaster and the General Assembly to take action to save our beautiful state. 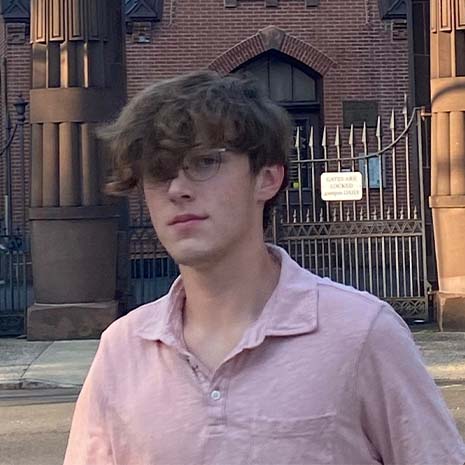 Jimmy Ruskell is a senior at Heathwood Hall Episcopal School in Columbia, where his English teacher is Elise Hagstette. The son of Kerry Egan and Alex Ruskell, Jimmy plans to study philosophy in college and then pursue a law career.

Keep up with Jimmy on social!