For a year, I was a news anchor on my elementary school’s daily morning broadcast show. It was an impressive operation, run mostly by other fifth graders with a bit of adult supervision. I would deliver the morning announcements alongside the other anchor and perform the only showmanship we could at the time: nervous voices, pacing that was way too fast, and occasional eye contact. A combination of an uncomfortable chair and my unusually tall height made it difficult to not be staring downward. Our tiny filming room was nerve-wracking, stuffy, and crowded, but I loved doing it.

On Halloween, I asked my teacher if I could wear a witch hat to show a little spirit on air, a seemingly harmless request that I did not think I needed permission for. The answer I got was immediate and abrupt, one that did not resonate until I accepted her answer and walked away. “We do not want to show bias in school over a holiday not everyone celebrates.” Two months later, I was in the auditorium singing songs about Santa coming down the chimney on Christmas Eve. I was the only Jewish person on the stage.

I got permission from my parents to refuse the concert and any other “unbiased” activities the school would implement. I thought about it too, storming off the stage, an entire argument as to why I did not have to be there rehearsed in my head. It was a good debate, counterclaims and rebuttals all lined up for delivery. I never said anything, and same as the witch hat case, I know why all too well. I was the only Jewish kid on the stage and in the library. If I made a scene complaining about something Christmas-related, that would be the only impression of my religion those kids would know.

Along with middle school came my first experiences with real antisemitism; all of the Holocaust units were especially painful. Every time it was brought up, at least three people would look at me as if I had been present during the subject of our lesson plan. I would keep my eyes fixed on the teacher or pretend to be distracted by fidgeting with a pencil. The first in-depth school lessons about the Holocaust occurred in seventh grade. The lessons were barely lessons; it seemed as if they only gave ideas on how to be antisemitic, an offer that many took.

I was on the ride home from school once when I overheard a conversation from a few rows behind me. I caught pieces of what they said but only tuned in fully when a girl stood up in her seat and yelled, “Wait, is anyone here Jewish?” before loudly making jokes about Auschwitz. No one said anything back to her. I was there, frozen in shock at what had been said. My earbuds were not enough to block out all of the noise and I shrank back into my seat, ashamed that I let someone make me feel such anger and did nothing about it.

When she was around my age, my great-grandmother lived through the Holocaust and survived years of imprisonment in concentration camps. She fought hard to stay alive and lost her home, her family, and everything she had ever known because of antisemitism. She lived through the horrors of the Holocaust and managed to raise a family of six children. Living a peaceful life after escaping to America was how she defeated the Nazis; the birth of my grandmother and all resulting generations of my family defied the Nazi goal of eliminating the Jewish people. My life is proof of the hardships she survived, yet public schools still think it is okay to openly exclude religions, and supposedly educated students think Auschwitz is a subject to joke about.

I often find myself back on that school bus, running through scenarios of what I could have said or done differently. My issue lies here, between the brown leather seats and blaring atmosphere of prejudiced taunts. There should be no shame in remaining quiet, only pride in moments of determination. 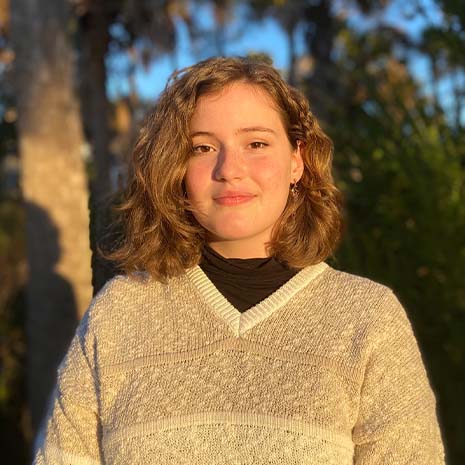 Sydney Lee is a junior at Charleston County School of the Arts, where Danielle Detiberus, Rutledge Hammes, and Elizabeth Webb Hart are her creative writing teachers. The daughter of Lara and Joe Lee, Sydney plans to study political science in college.