Making South Carolina Better for All

Institutionalized racism is a huge issue in our society that continuously drives countries, families, and friendships apart. In South Carolina, the Southern Poverty Law Center tracked twenty hate groups in 2020. In my seventeen years of life, I have seen and dealt with a large amount of racism and ignorance in my small town in the upstate. As a Muslim woman wearing a hijab, I expect to face racism and ignorance; the fact that I expect it is everything wrong with our society.

Unfortunately, I am not the only person who has experienced racism at a young age in this state. In August 2020, at the University of South Carolina in Columbia, there were a dozen xenophobic men wearing T-shirts and holding signs that displayed racist and anti-religion slurs. The main religion these ignorant men were attacking was Islam. As a Muslim American high school senior, seeing those men made me anxious because at the time I was applying to colleges in South Carolina. These men stood there, disrespecting religions and races that were represented by students who attend the university. Such behavior has gotten to the point where it is hurting and affecting young students on the college campuses they call home. More than 100 students attending the university stood in solidarity against these men; this was such a simple act, but it had so much meaning. Youth and young adults in America have grown so much within the past year alone. More and more people are starting to rise against injustice.

An incident like this happened at Clemson University as well, when my sister was a freshman. She and a group of Muslim students were selling doughnuts to raise money for their organization. An ignorant and racist man took pictures of them without their knowledge and posted them to a radical Facebook page. The post called out these students in a terrible way, going so far as to call them a threat to the university. This post received so much attention and people started posting threats and various highly inappropriate and racist comments. Those posts impacted those Muslim students in a very negative way, and it left them unsafe on their own campus for many months. These incidents happen all the time, targeting religious and racial minorities. These incidents on college campuses represent just a small glimpse of the injustices minorities in South Carolina face on a daily basis.

South Carolina college students deserve better. Racial and religious minorities in South Carolina deserve better.  As many of us know and the Anti-Defamation League confirms, South Carolina is one of five states in the United States where it is legal to disrespect and degrade races and religions (An Initiative for Stronger Hate Crime Laws). At the State House in Columbia, House Bill 3063 has been put on hold for several years, and this is the bill that will help put an end to racial and religious discrimination and hate speech. H. 3063 will provide penalties for any person who has the intent to assault, intimidate, or threaten a person due to their race, religion, origin, sexual orientation, etc. If this bill is passed into law, a person who commits one of these acts will be fined and may be sentenced to two years in prison. Passing this bill will protect the well-being of minorities in our state and will hold people more accountable for injustices.

Minorities here are growing by the day, and the least this state can do is protect them and their rights. Passing H. 3063 will create an overall better environment and allow minorities to feel safer. There are many ways we can improve South Carolina, but the well-being and safety of its residents should come first. South Carolina can do better, and we will not stop fighting until this bill is passed. 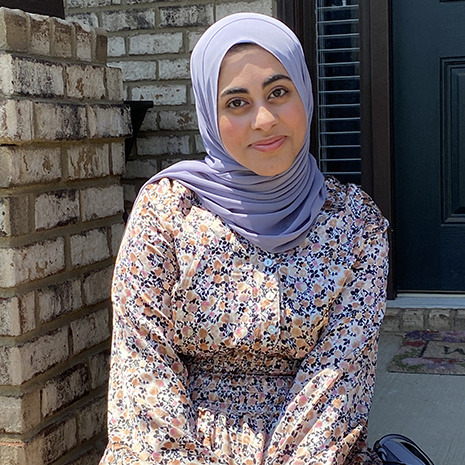 Shahd Abdeladl is a senior at Greenville Technical Charter High School, where Heather Marshall is her English and creative writing teacher.