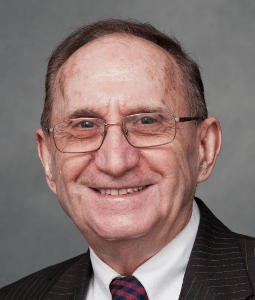 Dr. Popov is a Carolina Distinguished Professor and Director of the Center for Electrochemical Engineering at USC. He stablished USC’s internationally recognized research program in electrochemical and corrosion engineering and was listed by Thomson Reuters as one of the most highly cited researchers in the world for 2002, 2014 and 2015. He is the 2003 recipient of American Electroplaters and Surface Finishing Society (AESF) Scientific Achievement Award for outstanding scientific contributions over a span of a decade, 2005 Fuel Cell South Crystal Flame Innovation Award, 2007 Research Achievement Award from University of South Carolina, 2014 Breakthrough Leadership Award from University of South Carolina and Prestigious USC Russell Award for Research in Science, Mathematics and Engineering in 2015.

His work has profound impact on energy-storage materials used in advanced batteries, developing catalyst for fuel cells, all of each is accelerating the commercialization of electric vehicles. Dr. Popov’s work in materials also extends to electroplating, sensors, electrolyzers, corrosion protection, developing highly corrosion stable alloys for metallurgy, materials for cathodes and anodes for primary and secondary batteries, capacitors and development of performance models.

His students landed positions at U.S National Laboratories, earned tenure at universities worldwide and work at top-tier companies such as Apple, IBM, Intel, GM and Tesla Motors. He considers teaching future chemical and corrosion engineers to be just as important as research. He published by Elsevier in 2015 a new textbook entitled “Corrosion Engineering” which is been worldwide recognized for teaching theoretical electrochemistry, and fundamental principles of corrosion, passivity, material selection and design, mathematical modeling of corrosion processes at interfaces and engineering of corrosion protection strategies.