Where did you go to high school? What publication were you involved with, what role did you have & what did you like about the experience?

I went to Lancaster High School where I was involved with our literary magazine, Callisto. I took the class as a senior and really enjoyed the writing portion as well as the design lessons. I learned about SCSPA from my friends that wrote for our newspaper. Callisto wasn't a member publication at the time, so I ended up going with the newspaper kids. There was a panel of students from student media at the University of South Carolina that year. The passion those students had for student media at USC was a big reason that I chose to study journalism at USC.

What has been your favorite part of studying at the SJMC – favorite class / project / publication?

The school of journalism has a lot of project-based classes that help you get hands-on experience. Print and broadcast students do most of the class sequence together. So some of my favorite projects have been video or audio projects because of the challenge they presented. I'd never used a camera to shoot video before my intro to reporting class, but I ended up creating a project about Relay for Life on campus that I was really proud of. I also created an audio slide show project for the same class. The project was about the retirement of an infamous J-school professor, and he was just a quote machine. So logging the interview and editing was really fun.

What’s something you wish you would have known before coming to college? (Journalism or non-journalism related.)

I wish I'd known more about the career options in communications. Going into things, I thought journalism was the only option if I enjoyed writing and publication. Now I know that there's much more to communications. I might have chosen something else if I'd realized that before.

Talk a little bit about working in the SCSPA / SIPA office and your job managing the student officers. What have you liked about your role? What have you learned?

Describe your dream job and why you’d want it?

I would love to be a food critic because you get free food all the time. Then you get paid to write about it to tell people if they should go get some of the food or not, which I basically do with my friends anyway. The best part is that people praise you if they also like the food that you like.

What advice do you have for scholastic journalists currently coming up through SCSPA and SIPA?

It's amazing that as high school students you're already getting such a head start on your personal and career development through coming to SCSPA and SIPA. I didn't have the opportunity to attend SIPA as a student and I only went to SCSPA once because my school wasn't very involved in scholastic media. So, I would encourage you to keep going to SCSPA and SIPA and keep working to be a better writer, photographer or designer. I know that I would have been much more prepared for my classes at USC and for an internship or job in the field if I'd been going to SCSPA since my freshman year in high school. 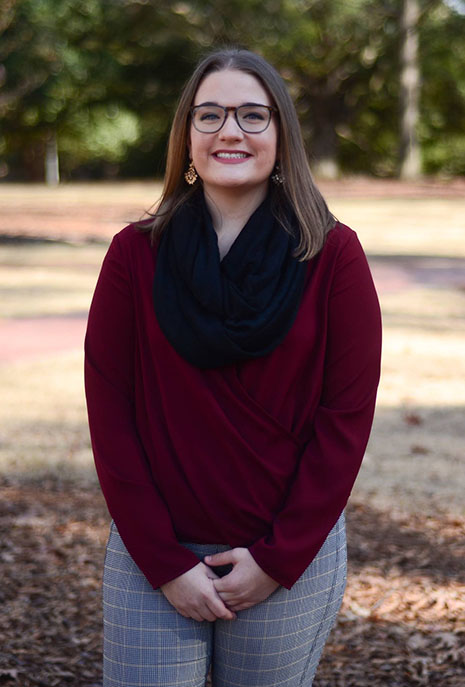 "I learned about SCSPA from my friends that wrote for our newspaper. Callistowasn't a member publication at the time, so I ended up going with the newspaper kids. There was a panel of students from student media at the University of South Carolina that year. The passion those students had for student media at USC was a big reason that I chose to study journalism at USC."