Kevin Mobley is a 2016 graduate of Clarke Central High School, where he was editor-in-chief of the ODYSSEY newsmagazine. He studies journalism at the University of Georgia.

You’re in your first semester at the University of Georgia. How has the transition from high school to college been for you? Have you been able to jump into journalism courses right away, or get involved with UGA student media?

The transition to college has been a good one from a journalistic standpoint. Mostly, right now I'm applying my journalistic skills from scholastic media in two ways: my work with the Athens Banner-Herald and my classes. I have two journalism classes already: Sports Media and Society with Vicki Michaelis and my freshman seminar on longform journalism with Wally Eberhard. The communicative and interpersonal skills I learned from being a high school journalist were absolutely invaluable for making the transition to college in all subjects, not just journalism. I'm not working with the Red & Black right now because I'm pretty much writing full-time with the Banner-Herald, but there are tentative plans in place there for the future.

What have you learned in your time freelancing for the Athens Banner-Herald and its prep sports offshoot, the Georgia Prep Zone? Has it presented challenges you didn’t encounter as a scholastic journalist?

The biggest transition from the ODYSSEY to the Banner-Herald has been the expedition of the writing process and the sheer volume of stories I write. With the ODYSSEY, my writing was limited due to the extensiveness of my editing and design responsibilities. I was, however, able to balance those things, along with my columns and general assignments, with breaking news coverage and covering a couple football games for the Banner-Herald last year, so, coming in, I already had experience with newspaper deadlines and the style of writing and reporting my Banner-Herald editors wanted. This fall has just been about expanding that work and really diving in deep to prep sports. My main project is a series called the "50 for 50," which is 50 stories in 50 days to commemorate the 50th meeting between Clarke Central and Cedar Shoals in football. Through the series, I became a true historian of a rivalry I've covered for four years and have conducted about 20 interviews with players and coaches spanning four decades. It's been a wonderful opportunity to connect with the community and share great stories.

How did you first get involved with SIPA? What are some of your favorite memories from SIPA board meetings and conventions?

I went to SIPA my freshman year and loved it, but wasn't able to go my sophomore year, so the first year I really became involved with SIPA was my junior year in 2015. That year, I was already running for vice president of the student board and presenting a session on staff bonding, my first time presenting at a conference ever. I was terrified and excited at the same time, but it turned out to be one of the best experiences of my life. Having the staff rally around me was really cool, and that really motivated me to put my best foot forward with the SIPA 2016 planning meeting in September and the conference in March.

As far as other favorite memories go, filming the conference promotional video with Michaela [Baker], Maddie [Mason] and Natalie [Chuck] on campus on the Saturday of the UGA-South Carolina game was definitely a favorite. I made it clear from the first meeting that I was a tolerable but passionate Georgia football fan. So being in enemy territory leading up to that game and then beating the breaks off the Gamecocks was nice retribution for the year before. And of course Nat [Natalie Chuck], Maddie [Mason], KG [Karie Grace Duncan], Collyn [Taylor], Michaela [Baker] and I all had a great time, too. The planning meeting was definitely a favorite memory.

How has SIPA helped you grow and improve as a journalist? What did you learn about leadership and collaboration from serving as SIPA vice president?

I almost see my three SIPA conferences as milestones in my journalistic growth. Freshman year, I was excited about everything I was learning and feeling at home with our staff, but I still had a long way to go. When I came back junior year, I had matured a lot and was growing into a leader. I really attribute becoming VP and stepping on to the stage junior year as an affirming moment in my journalistic career. Senior year was almost a victory lap, a real celebration of all my growth and our staff's accomplishments. Earning the Scroggins award, a program first, was a real special moment. I remember handing out awards at the end on Sunday and hearing our name for that and just throwing a huge fist pump. It was really like winning the SEC, which is a testament to the quality of publications in our region.

I learned a great deal about group dynamics and leadership during my SIPA experiences. Presenting at the 2015 and 2016 conferences in particular was a uniquely challenging and formative experience for my public speaking skills and leadership qualities, and I'm very grateful that Leslie [Dennis] affords that opportunity to students.

In addition to winning multiple SIPA writing awards, you were also recognized for your talents in design. How do you manage both of these interests and skills? Do you plan to pursue opportunities in both areas during your time at UGA?

Going into my senior year, I had some basic expertise in design, but I had really acted more as a consultant and co-producer on layouts my junior year. I was really fretting that because we had graduated many of our expert designers. That first issue was really a trial by fire, but I just really honed those skills and applied what I learned about aesthetics and Adobe at SIPA and HSJI at Indiana. Through constant practice, design became both an area of expertise and passion for me. There's something about seeing a graphic element or design element come together that really excites me.

Tell us about some of your goals, both for your college years and your post-collegiate career.

Being a traditional desk editor at a newspaper is definitely something that interests me. I'm really honing in on my writing and reporting right now, but I miss the creativity I could pour into designing. For college, the plans right now are to cover prep sports at the Banner-Herald through this football season, and then I might transition over to another area of coverage there. I'm going to apply for the Grady Sports Media program this semester and then apply for Grady College next semester so that I can set myself up for internships. In brief, my long-term career goals are to travel and write in plenty of different places once I get out of college, with the end goal being to direct an inventive online magazine in the mold of Grantland, or settle down and run a daily in a cozy southern city. Two very different paths, but sort of the same dream.

What advice do you have for scholastic journalists?

My advice to SIPA students would be to really plug in and get to know the SIPA staff and the presenters. Networking is absolutely essential to any field of journalism. Also, enjoy yourself at SIPA, enjoy the time with your staffs and your time in high school because you never get those years back! 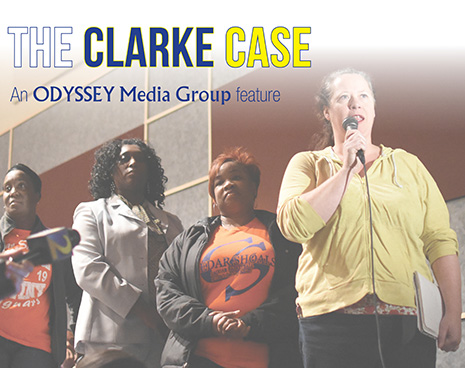 Kevin Mobley's multimedia longform feature on the state of Clarke County Schools was recently named a Story of the Year finalist by the National Student Press Association.