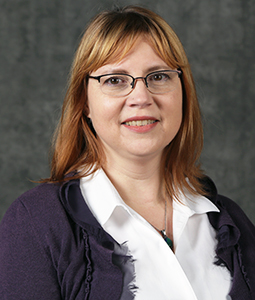 Denise McGill grew up in Missouri and got in-state tuition to study at University of Missouri’s prestigious School of Journalism. She worked as a staff photographer for daily newspapers until earning a spot as an overseas correspondent for the award-winning magazine The Commission. She went on assignment to 25 countries in three years. When the magazine folded, she incorporated video into her skill set. She has been freelancing and teaching since then.

McGill is a photojournalist with a focus on migration, faith and multicultural issues. For her masters project she received a grant to photograph and write about Somali Bantu refugees as they travelled from Kenya to Chicago. The project was published in an eight-page article in Christianity Today magazine, circulation 100,000.

McGill has traveled extensively for the project “Sacred Places,” examining modern landscape at Biblical sites in the Mediterranean Basin and Asia Minor. More recently, McGill has created videos about sustainable agriculture in the United States.

At the University of South Carolina, McGill teaches photography, video and Introduction to Visual Communications to undergraduate students. She often takes students on outings to practice their photography in the field. She also has interests in teaching business practices and religion in the news.

McGill also teaches seminars across the country in the areas of photojournalism and visual communications. She uses a no-nonsense approach with emphasis on practical applications. In 2009 she received the Beckman Stewart Award for Excellence in Academia, a national honor in the photojournalism industry.