School of Visual Art and Design

Considering the amount of research on the human psyche, we are still unable to completely understand mental illnesses. This creates negative stigmas around them. Through his work, Patrick Burke will be breaking down those stigmas and bring awareness. He is conveying the raw emotions of people who are affected by mental illnesses. Through this process, Burke is encouraging people to sympathize, but not necessarily to understand. People aren’t bipolar, people have bipolar disorder. People aren’t schizophrenic, people have schizophrenia. People aren’t depressed, people have depression. Let’s label less and commiserate more. We are all human beings.

Patrick Burke to South Carolina three years ago to pursue his MFA (Master in Fine Arts) at the University of South Carolina. In 2010, he enrolled in the Professional Crafts Program at Haywood Community College. In 2015, he earned his BFA from East Tennessee State University. After finishing his BFA, Patrick went to the University of Florida for a Post-Baccalaureate Program. Over the years he has focused primarily on creating 3-dimensional art, however he is currently focusing on painting. 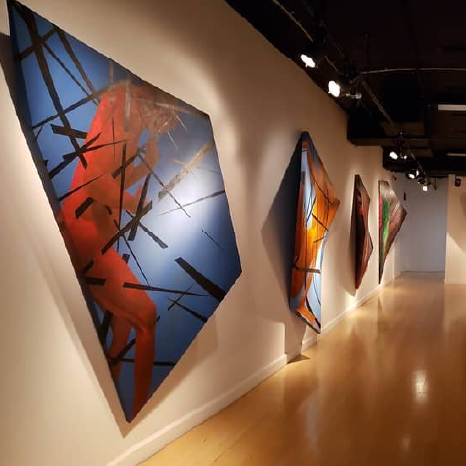 The works in Neurodivergent are specially designed three-dimensional canvases that protrude into the viewer's space.

Watch a video walkthrough of the exhibition 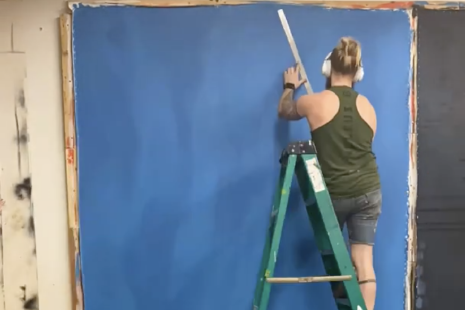