Arthur Miller’s American classic about a community wrecked by religious fanaticism resonates as much today as it did when it premiered in 1953. Based on historical records, "The Crucible" portrays the tragic horror of the Salem witch trials of 1692. After being accused of breaking the town’s strict moral codes, a group of teen girls claim to have been overtaken by witchcraft. Their finger-pointing causes an epidemic of paranoia in the town, leading to a harrowing and deadly inquisition that leaves no one safe from suspicion.

Read more about the production

…this harrowing play achieves the intensity of a thriller… 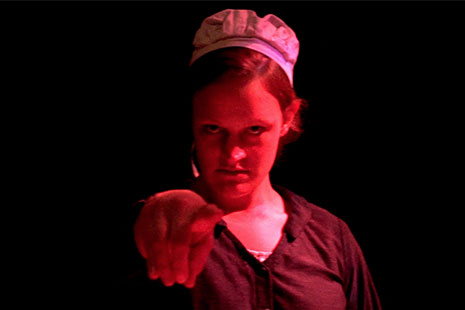 Trailer for "The Crucible"

Click through images from our production of Arthur Miller's "The Crucible," directed by Robert Richmond.  Photos by Jason Ayer.