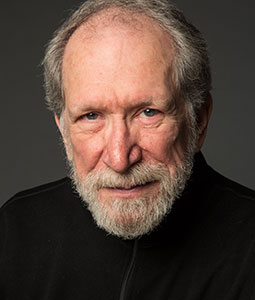 Steven Pearson has directed and acted professionally in the US, Canada, Europe and Japan. In addition to theatre work, he has performed in New York, Los Angeles and San Francisco with Malashock Dance and Company, worked with performance artist Eleanor Antin on several tours, and directed a number of original operas including TRILLIUM by jazz great Anthony Braxton. In 1982 he began 12 years of intensive work with Tadashi Suzuki. In Japan he played in NIPPON WARS, CLYTEMNESTRA, and Claudius in HAMLET. Steven is a co-founder of Pacific Performance Project/East and under that umbrella has directed DAYS AND NIGHTS WITHIN, MIZU NO EKI, END OF THE ROPE at LaMama and in Romania, MYRA’S WAR, BALANCE, GRAVITY and FLIGHT. He also conceived, wrote and played Thomas in OPIUM directed by Kenji Suzuki and performed in Seattle, Tokyo and Kanazawa, Japan. He played Hooke in Peter Kyle’s SKIPPY-O’S DREAM, and the performed in the premiere of Peter Kyle Dance at the Henry Street Settlement in New York. Other professional work includes the premiere of FLAGS by Jane Martin produced by the Mixed Blood Theater and the Guthrie Theater, playing Firs in THE CHERRY ORCHARD SEQUEL at LaMama in New York, and as LJ in Nancy Bannon’s DRINKING INK at the 92 Street Y in New York. Directing projects include: VALLEY SONG, THE SUICIDE, POLAROID STORIES, BLACK SNOW, EARTH AND SKY, A MIDSUMMER NIGHT’S DREAM, THE THREE SISTERS and FLIGHT. Steve was Professor of Acting in the Department of Theatre at the University of California, San Diego, where he became head of the graduate acting program, and subsequently taught in the School of Drama at the University of Washington, where he headed the Professional Actor Training Program for eleven years. Steve is Professor Emeritus and former Head of the Professional Actor Training Program at the University of South Carolina in Columbia, South Carolina.