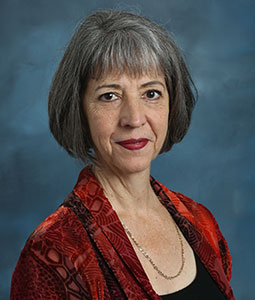 Sarah Barker is an internationally known expert in the Alexander Technique and has worked professionally as a movement coach and choreographer for over 70 productions. Her most recent research agenda concerns the efficacy of the Alexander Technique in improving balance and presence.  She received her MFA in Performance from Southern Methodist University, 1974. She was trained to teach the Alexander Technique by Marjorie Barstow 1971-1978. She is currently Associate Professor of Theatre Movement and Acting in the Department of Theatre and Dance at University of South Carolina. She has served as head of two graduate degree programs for actors: first at the University of Pittsburgh and then for six years at University of South Carolina. She was also Head of Movement Training for Webster University's BFA acting program and produced the American Movement Institute for six years while there. She has served on the board of University/Resident Theatre Association and serves as one of their program reviewers.

Sarah was a member of the training staff of the Actor’s Intensive Workshop associated with Shakespeare and Company (Lenox, Massachusetts) where she taught movement and acting for 18 years. At Shakespeare and Company she also choreographed and coached productions including Anthony and Cleopatra, Lear, Tempest and As You Like It. Sarah Barker has also acted professionally, in roles including Ophelia in Hamlet, Madame de Rosemonde in Les Liaisons Dangereuse, Kath in Entertaining Mr. Sloan, Carol Cutrere in Orpheus Descending and Honey in Lenny Bruce. For University of South Carolina stage she has played Eliza in Look Homeward Angel, Judith in Hay Fever and Amanda in Glass Menagerie.