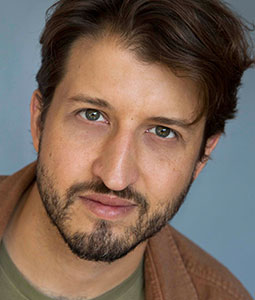 Dustin Whitehead is an actor and filmmaker from Chicago, IL. Dustin can be seen in numerous independent films as well as the nationally televised shows Chicago PD, Chicago Fire, and Your Worst Nightmare. Last year, he was in a production of An Enemy of the People at The Goodman Theatre in Chicago. Other Chicago theatre credits include Steppenwolf, Chicago Dramatists, American Theatre Company, Redtwist, The Inconvenience, Lakeside Shakespeare, and Congo Square. In addition to many years in the theatre, he has film production experience in narrative work, documentary films, and music videos. His most recent short film, Somewhere in the Midwest, screened at the Kansas City Film Festival, the Central Florida Film Festival, the New York City Independent Film Festival, and the Charleston International Film Festival. He is currently teaching acting at The University of South Carolina. He received his BFA in Performance from Jacksonville University and MFA in Acting from The Theatre School at DePaul University.  He also studied filmmaking in Singapore at NYU Tisch Asia.