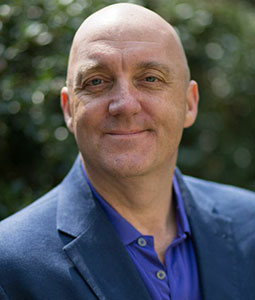 Robert Richmond is originally from Hastings, England, and studied at the Royal Scottish Academy of Music and Drama.

Robert is an Associate Artist at Folger Shakespeare Theatre in Washington, D.C. He has directed Henry VIII (which was nominated for 10 Helen Hayes Awards, one of which was for Outstanding Director of a Resident Play) Othello, Henry V, Twelfth Night, Richard III, and Julius Caesar.  His scholarship with Folger also includes a multi-year commission to direct, design and produce audio productions of the complete works of Shakespeare.  These are the first unabridged recordings in American English of Shakespeare’s canon, and create a unique juncture between the scholarly world of Shakespeare’s texts and performance. The recordings are published by Simon & Schuster and accompany the Folger’s printed editions of the plays, all are available for download on iTunes and reach a global audience. Othello, Hamlet, Macbeth, Julius Caesar, Romeo and Juliet, and Richard III are now available to purchase and there are plans for more titles in the future with the development of an interactive iPad app.

For his production of Hamlet at USC (2014) Robert was voted the Best Director of a Play And Theatre Artist of the Year by the subscribers of Broadwayworld.com.