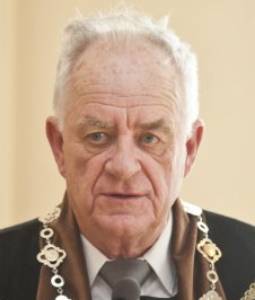 I came to the University of South Carolina in fall 1964 and stayed  until my retirement in 1994.

After my retirement, I completed work on twelve volumes of Correspondence of William James. Since the collapse of the Soviet Union and my retirement, I have devoted most of my time to pre-war Lithuanian history.   As yet unpublished is a biography of a Lithuanian socialist.   I am preparing a collection of my Lithuanian essays on the events of 1940-1941 which should be published this year.

In 2013 I received an honorary doctorate from Vytautas Magnus University, Kaunas, Lithuania.