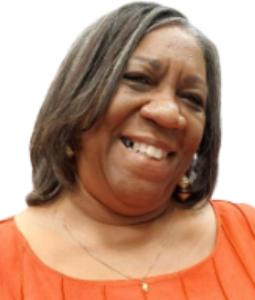 Ms. Reeder is alumnae of the University and was employed here in 1997-2002 and again since 2008.  During this time, she has worked in the Department of Psychology, School of Library and Information Science, and currently in Departments of Philosophy and Religious Studies, as well as Women’s and Gender Studies.  She also serves on the College of Arts and Sciences Diversity and Inclusion Committee since its inception in 2017. Ms. Reeder is proud to have grown up as a U.S. Army dependent.  Born on Fort Belvoir, Virginia and moved to various military posts in Germany, Alabama, and as a former U.S. Army spouse, she also lived and worked in Texas and Germany as an English instructor for soldiers and their families.

Ms. Reeder loves music and dancing, theatre, reading, sports.  She loves good friends, family, and spending time with them.  She is most proud of her two adult children:  Dogon Krigga who works locally as a graphic artist and is also an international artist; and Shalaine who works in the City of Columbia government and is a member of Junior League of Columbia.