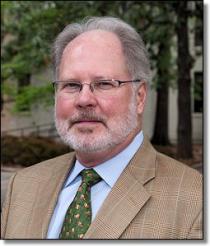 Teaches public history and historic preservation as well as American social and environmental history. Professor Weyeneth teaches graduate courses in the theory and practice of historic preservation; his undergraduate courses include the Historian’s Craft, U.S. history surveys, and senior seminars in social and environmental history. As a practicing public historian he has undertaken a diverse range of projects: landscape histories of Honolulu’s historic urban parks, community studies in Washington State, evaluation of Cold War sites in South Carolina, a history of historic preservation in Charleston, an analysis of efforts to commemorate the modern civil rights movement throughout the United States, and reflections on the current vogue for the present to apologize for past injustices. He is the author of Historic Preservation for a Living City: Historic Charleston Foundation, 1947-1997 (2000), a book that looks frankly at the politics of preservation and race in one southern city, and Kapi’olani Park: A History (2002), a history of Honolulu’s “Central Park," from its royal origins through its on-going preservation and restoration efforts. The circumstances under which the latter was published are described in “The Risks of Professionalizing Local History: The Campaign to Suppress My Book.”  Weyeneth directed and co-directed the University of South Carolina’s Public History Program from 1992 to 2014. Professionally, he is active in the National Council on Public History and served as its president from 2012 to 2014. In 2015 he was the recipient of the Governor’s Award in Historic Preservation, which is given by the Office of the Governor, the South Carolina Department of Archives and History, and the Palmetto Trust for Historic Preservation in recognition of significant achievements and lifelong dedication in support of historic preservation in South Carolina.

Over the last few years my research has explored the challenges of doing public history in communities with historical secrets, as well as the opportunities for remembering chapters of the past that are controversial. I am turning now to a study of what I call "the architecture of racial segregation." We know much about segregation as a political, legal, and social institution but relatively little about it as a spatial system. In looking at this story of space and race, I hope to learn how segregation shaped the American built environment between 1880 and 1960 and to understand more fully the experience of segregation, particularly from the perspective of the everyday life of African Americans. I am also asking an historic preservation question: shouldn’t we begin thinking about preserving these kinds of places to better comprehend this troubling but important period of American history.