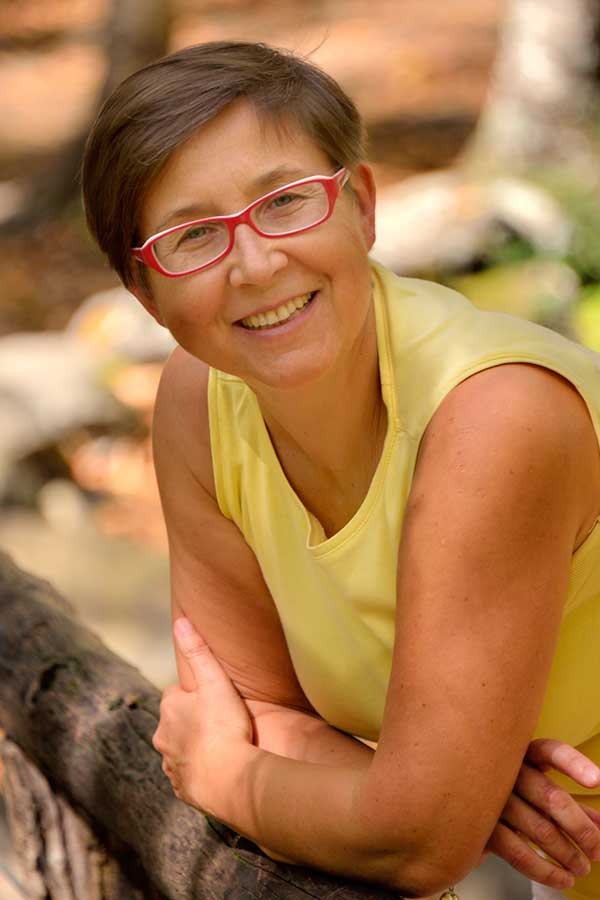 I was born and raised in the Soviet Union and received my Ph.D. from the Department of History at Moscow University just a few years before the collapse of the USSR. The Gorbachev perestroika drastically changed the course of my professional and personal life.

Leaving behind the studies of Imperial Russia, which was the subject of my first dissertation (defended in Moscow in 1987), I began, with the opening of the Soviet archives, an exciting scholarly journey into the social and economic history of the Stalin era. My research of the Soviet trade and the black market under Stalin resulted in a successful defense of a second dissertation (Moscow, 1998), and the production of several books and articles published in Russia, USA, Canada, China, Germany, France, and Italy (for the titles see my curriculum vitae).

In 2011, I was granted the USC Russell Award for Excellence in Research.

I am a recipient of fellowships from the American Council of Learned Societies (ACLS), Kennan Institute-Woodrow Wilson Center (USA, Washington, DC), National Endowment for the Humanities (USA), Fulbright (USA), the National Gallery of Art (USA, Washington, D.C.), Hoover Institution (Stanford, USA), Maison des Sciences de l'Homme (Paris, France), Davis Center for Russian Studies (Harvard University, USA), Aleksanteri Institute (Helsinki, Finland), and others. I have been interviewed about my research on radio and TV in Russia, the USA, and Canada.

I taught internationally at the Donaueschingen Academy, Germany (on the invitation of the Council of Europe), the University of North Carolina - Chapel Hill, Oberlin College (OH), and Missouri State University. Currently I am Professor of Russian History at the University of South Carolina (Columbia, USA). I teach Russian history from the genesis of the East Slavs and the creation of the Russian State to the present.

Elena Osokina has been honored by Forbes. Woman (Russian branch) as one of six women writers who distinguished themselves in non-fiction: https://www.forbes.ru/forbes-woman/450459-ot-muzyki-do-molekularnoj-biologii-kak-zensiny-zanimautsa-prosveseniem-v-rossii

In 2019, two of my books received book prizes in Russia:

The Heavenly Blue of Angels’ Vestments: A Fate of Masterpieces of Ancient Russian Religious Art, 1920s-1930s (Moscow, 2018, in Russian) was granted the Makariev Book Prize, (1st place) which is the highest award for History in Russia.

The Alchemy of Soviet Industrialization (Moscow, 2019)

The Alchemy of Soviet Industrialization (Moscow, 2019, in Russian) received the Prosvetitel’ Book Prize for the best non-fiction written in Russian.

New Book Has Just Come Out!

My new book Stalin’s Quest for Gold. The Torgsin Hard-Currency Shops and Soviet Industrialization (Cornell University Press, 2021) explores state stores called Torgsin which sold food and goods to Soviet people during the lean years of the first five-year plans (1930-1936) in exchange for hard currency, gold, silver, platinum, diamonds, and other valuables. Torgsin became an economically successful means for Stalin to raise an extraordinary amount of currency revenue to finance industrialization. It not only outdid the activity of the political police that confiscated people’s valuables by force, but also outperformed the results of the major Soviet exports of oil, lumber, and grain. Torgsin became the major strategy for survival for people during those harsh times. The study of Torgsin enriches scholarly understanding of Stalinism, the functioning of the Soviet economy, the nature of Soviet everyday life and Soviet consumerism. This book is also available in Russian and Chinese.

For more on Stalin's Quest for Gold, see the blog at https://www.cornellpress.cornell.edu/torgsin-and-stalins-quest-for-gold/ and my 30 minutes interview at  https://www.youtube.com/watch?v=eY4x___BPP0.

Other Books by Elena Osokina

Behind the Facade of Stalin's Plenty by Elena Osokina (Moscow, 2008).