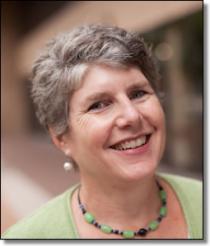 Knowing that history has the power to be a productive tool of community building moved me to become an historian and has informed and enriched my work in the fields of American urban and public history, and the history of philanthropy.  My career has been a satisfying combination of teaching, scholarship, and administration. I directed Baltimore ’68: Riots and Rebirth which won highest program honors from both the National Council on Public History and the American Association of State and Local Historians.

On the administrative front, I was an American Council on Education (ACE) Fellow in 2009-10 and an Academic Leadership Development Program (ALDP) Fellow for the Southeastern Conference (SEC-U) in 2015-16.  I am delighted to serve as Chair of USC’s History Department where I have the honor of championing the fascinating work being done by our incredible faculty and students.

Recent research for the National Park Service has led me to my current project, a community study of the “drowned town” of Ferguson, SC. In the decades following Reconstruction, Chicago lumbermen made their way to South Carolina, acquired lots of cheap wooded land and began Santee River Cypress Lumber Company which became one of the South’s largest lumber enterprises.  Built out of the swamp, Ferguson thrived as a company town for more than a quarter century. At its peak, 2,500 people from around the world lived and worked there.  The forest products it made were part of an international flow of commodities and helped make personal fortunes along with national taste in home furnishings. Abandoned by the company in the late 1910s, Ferguson became part of a New Deal rural electrification and public works project two decades later. For more than 70 years, Ferguson has been submerged along the shore of Lake Marion, South Carolina’s largest lake. Still, the story of its existence from 1890-1940 sheds unexpected light on key events in American and Southern history, including the rise and fall of company towns, the Great Migration, the hand of the state in the modernization of rural places, and the human and environmental costs of extractive industries, among others.