Josh wants to tackle humanitarian crises. At UofSC, he's developing the skills to build the nonprofit to do so.

Making the impossible, possible. Chasing perfection. Changing the world. For most, these seem like unattainable goals, but for political science and economics sophomore, Josh Pearson, it's his future business model.

Working as a director of a social culture and humanitarian committee for the International Model United Nations Association (IMUNA), Josh researched how climate change and natural disasters affect and displace people.

"Entrepreneurship is more than just a business. It's more than just creating a product and trying to sell it," Josh said. "I think by finding a way to properly educate people about issues combined with using consumer-driven concepts to raise awareness will ultimately drive successful support."

His research was only just beginning. Through his business fraternity at South Carolina, Josh gained even more experience as a consultant for the Carolina Survivor Clinic, an organization that provides comprehensive and holistic care to refugees.

"Coming into college I was planning to go the pre-med route because I wanted to have a direct impact," he said. "After spending a lot of time doing research for the IMUNA and consulting for the Carolina Survivor Clinic, I had an opportunity to meet people who were forced to flee their homes and resettle in America. I learned about their struggles and listened to their personal stories. Now, my whole goal in life is to make a positive impact on people."

As director of internal development for the EClub, a student-run entrepreneurship organization, Josh began seeing that most of the world functions as a business. He made the connection with political science and economics after hearing his professor mention climate economics.

When I heard my professor first say that, I was intrigued. I was researching climate change and natural disasters, but I never even considered the economic impacts of it. It helped me take a different look at what I was researching and take it even further.

Josh plans to use his entrepreneurial skills to raise public awareness and financial support, and to one day build a nonprofit that will address serious world issues.

"I think one of the best things you can do is step out of your comfort zone and get involved in as many things as possible. Joining a business fraternity, getting exposure with Carolina Survivor Clinic and being involved in EClub has definitely shaped who I am and who I want to be. And at the end of the day, I'm proud of who I'm becoming."

I am South Carolina. 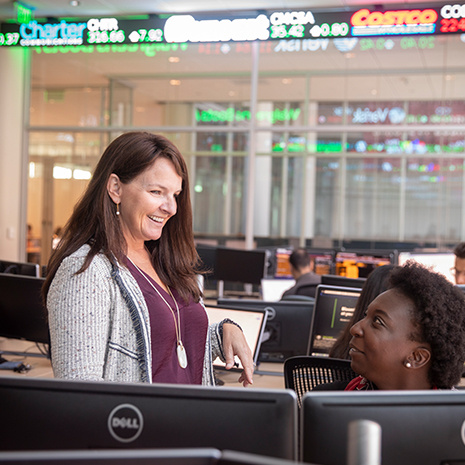 Learn more about this community